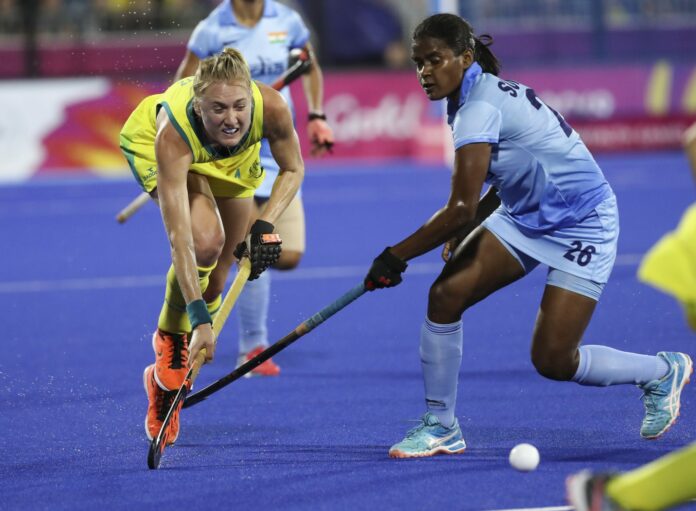 But it seems the Hockeyroos and its army of supporters have had valid cause for outrage at the way the team has been shunted from the mainstream at the Commonwealth Games.

In their first match against Canada – albeit one of pretty poor quality – their push back was a respectable 4:30pm local time.

But in their next four, they started after 9pm, while the semi-final finished just shy of 10:40pm.

Yes, there have been superb crowds at the Hockey Centre but the tournament has largely been given second billing in terms of exposure thanks to timings which are unfriendly for the younger market.

And the Australian media has not left this go unnoticed.

The Hockeyroos, he writes, had been treated with “bewildering contempt” by tournament organisers as they attempt to win a fourth straight gold medal on Saturday (12:45 local time).

“Hockey rarely gets chance to shine and, despite excellent live crowds, this tournament on home soil has sadly failed to fully exploit a precious opportunity, particularly given both the men’s and women’s teams are unbeaten,” he wrote.

“The Commonwealth and Olympic Games are their big tickets and to programme late night games is a major blow to any prospects they may have had to grow the game by getting it on prime time television.”

The Hockeyroos and the Black Sticks will clash at 12:45 local time in the final – but that match time was fixed from the outset. In the semi-final, the television host had the decision to make on the start time.

It doesn’t get much better for the men either as Australia will play England at a crazy 9:45pm local time for a place in the final.

At a time when Hockey Australia is mulling over changes to its domestic league structure and trying to entice more people into the game, these start times barely help.

“It is nothing less than a crude insult to team flag-bearer Mark Knowles who is retiring after this tournament,” concluded Craddock.