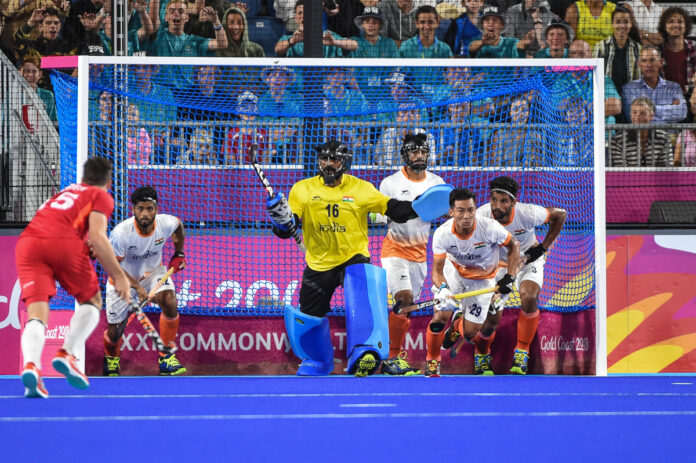 Gold Coast – Before these Games, Susannah Townsend recalled the moment which turned for England women; the seconds-remaining goal in the 2014 Commonwealth Games gold medal game, allowing Australia another bite of the cherry in their memorable shoot-out win.

How England men, on Wednesday, could have heeded some of that advice on how to see out games. Except that their 4-3 defeat to India was laced with two goals in the final two minutes against a defensively frazzled England side which will now meet the Kookaburras in the semi-finals.

This after Liam Ansell, and Sam Ward’s seventh goal of the tournament with four minutes left, had seen England take a 3-2 after trailing with under 10 minutes to go.

India had then quickly removed their ‘keeper and promptly scored two goals, the winner coming from a brilliant deflection from young forward Mandeep Singh to set up a last four clash with the Black Sticks. And, breathe…

If this had come in a medal match, defeat would have taken England weeks to get over. As it is, they have to play Australia at some point; whether it was to stop their herculean run to a sixth successive Commonwealth gold, or a Friday clash now under the lights.

“India were excellent at getting those last two chances, so I’m impressed,” said co-captain Ian Sloane.

Tireless runner David Condon, who netted the opener before the game unfurled drammatically, was also left unconcerned at this loss – as well as the task ahead. 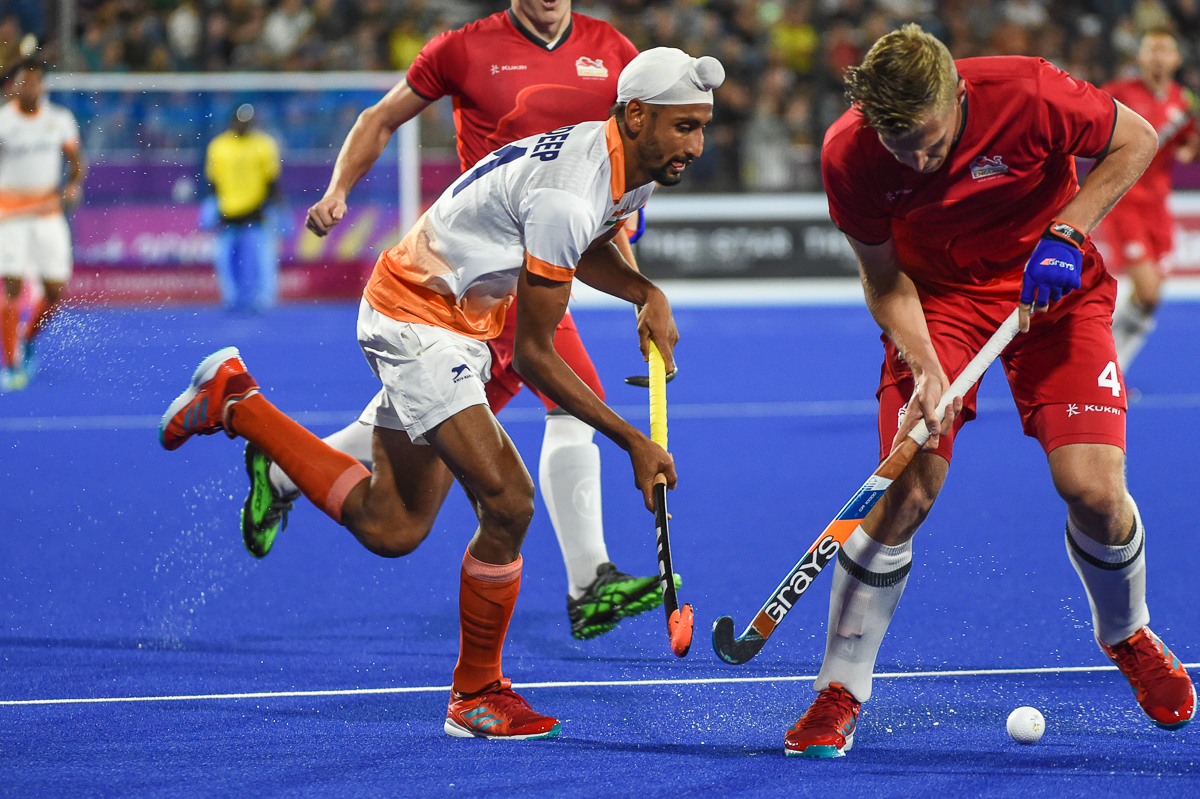 “Protein, rest, in the pool for the legs, and review tonight, then focus on our game plan,” he admitted.

“We know Australia come out fast. They’re direct and they pressure, but if we stick to our game plan and fix a few things, we should come out on top.”

India, meanwhile, came into their own when it mattered. Having had 15 penalty corner chances earlier in the Pool stages without success, they took two from three here.

Sjoerd Marijne, India’s Dutch coach, said: “This is the team I know. Their spirit, the way they fought, I loved it. Of course we made mistakes, but this is the discipline we had been searching for in the tournament.”

Earlier, the Kookaburras secured top spot in Pool A after a 2-1 victory over New Zealand in their final Pool game.

India beat England in a remarkable turnaround at the Commonwealth hockey.

The result continued Australia’s recent dominance over the Black Sticks, extending their winning run to eight games against their Trans-Tasman rivals.

Jake Whetton’s cheeky 20th minute goal put the Kookaburras ahead, but it wasn’t until Trent Mitton scored his fourth goal of the tournament in the 56th minute that Australia had breathing space.

That two-goal lead didn’t last long with the Black Sticks pulling one back in the penultimate minute through Cory Bennett but the Kookaburras did enough to clinch the win which seals top spot in the pool.

Australia’s Trent Mitton said: “We’ve been working a lot on consistency. In the past few games we’ve really let ourselves down a little bit. We’ve been good for about 10 minutes, and then really poor for the other 50. We’re really working on being good for the whole 60 minutes.”