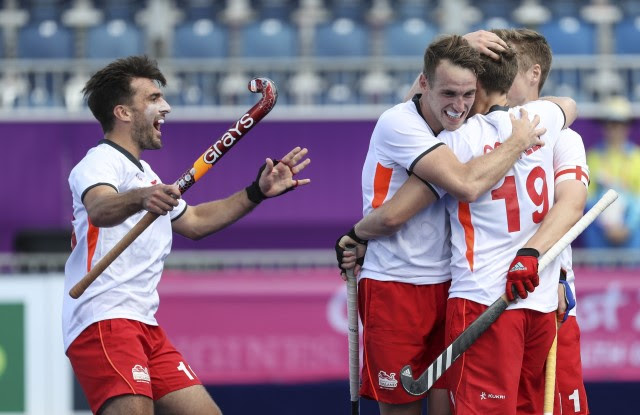 Whisper it quietly – and there is a long way to go yet on the Gold Coast – but England men are an increasingly gelling team. One which has serious aspirations now of ending its Commonwealth hoodoo.

In their pool opener on Friday, a swathe of counter-attacking hockey was laced with an authoritative performance as they outgunned and outmanoeuvred a lagging Malaysia outfit by 7-0.

In the heat of Malaysia last month, England got into their strides, only to be outdone by Australia in the final. Yet, there is always the feeling with major tournaments looming that teams are holding back on formations and plans. So can they go one better here?

“We feel like we’ve got a team that can go and achieve something and that is what keeps you going and gets you out of bed,” was Barry Middleton’s verdict after this romp.

The 34-year-old clearly feels that the connection needed for an England side to finally achieve global success could well be dawning. The three-man captaincy, the tighter defensive links, the attacking verve – and the all-important goal finishing. All clicked against Malaysia. There was freedom and enjoyment in equal abundance.

Sam Ward continues to excel. A man for the big tournaments, he bagged another two goals in an England shirt. Mark Gleghorne too, followed by David Goodfield, Harry Martin and Phil Roper.

The energy was distinctive in the early forays as they forced three early penalty corners, playing it patiently before Ward finally touched home before the end of the first quarter.

Four goals in the final 15 minutes added gloss to proceedings ahead of Pakistan on Sunday.

Middleton then toed the party line. “For me, it’s the continued challenge of competing against the best players and teams in the world,” he said.

“I’m part of a team where we’ve learned our individual roles and everyone has bought into the team culture.”

Yet there is the growing sense that since he has stepped down, the team is ready to close the classroom door on their learning and make inroads to a first Commonwealth men’s final.

The contrast could not be more different for Malaysia. “We need to watch the video of the game and learn from our mistakes,” admitted a downbeat Syed Cholan.