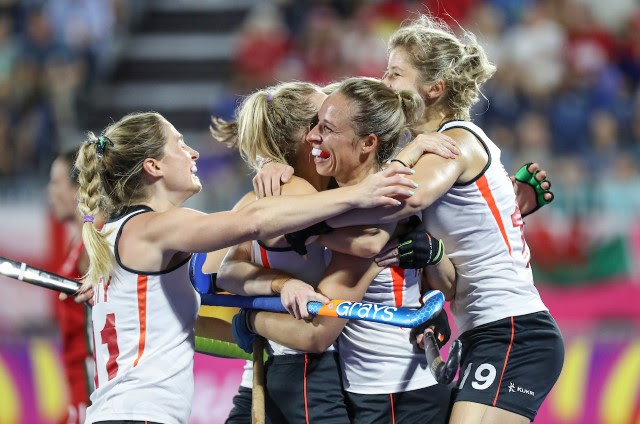 Gold Coast – England successfully negotiated a potentially tricky pool encounter before rampaging through the gears to cast aside Wales 5-1 on Friday.

For the third Games in a row, England beat their part-time Welsh rivals in a group stage, home nations battle.

A well-constructed Eloise Laity goal to bring back the deficit to 2-1 had briefly rallied Wales before England’s late resurgence.

“We had to be patient and wait for our opening. We did ride the challenge and we’re delighted to get through this,” said captain Alex Danson.

“Wales are a strong outfit. At 3-1 we were just able to shift momentum, but we still had to watch as they were good on the counter.”

Yet for 20-odd minutes, England didn’t have it all their own way as Wales set themselves up half court in a bid to frustrate Danny Kerry’s side and create their accustomed counter chances.

They all but succeeded. There was direct running and a few early corner chances.

England had to be watchful at the back and they were thankful for a brace of penalty corners of their own, Ansley converting with the second of those. 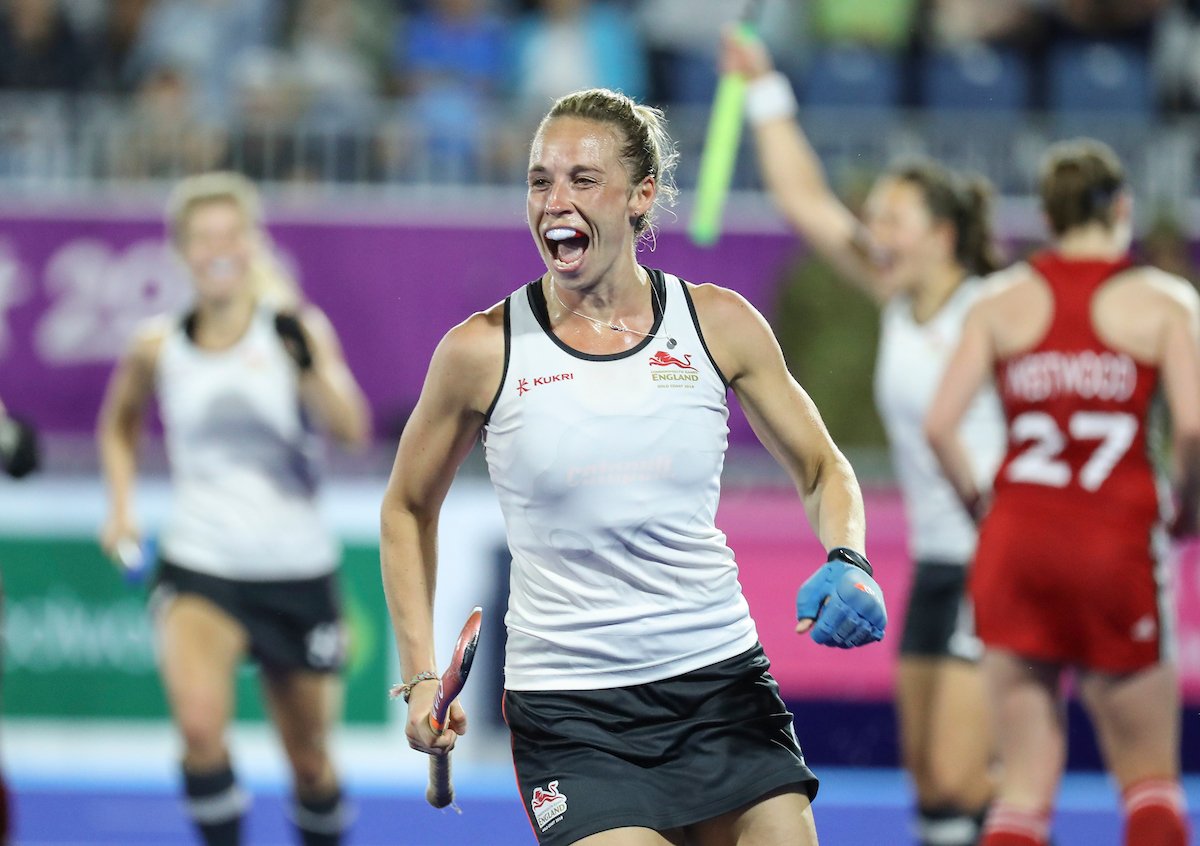 It was 2-0 before the break when Townsend lost her marker and slapped low.

A Sarah Jones run then found Laity, a 23-year-old chemistry graduate, who weaved further into the D before slotting past Hinch.

Wales suddenly had sights on their first win over England since a Test match in Durham 27 years ago – at least in context of their superb 3-2 win over India on the opening day here.

They kept themselves within a one goal range too, with two successive penalty corner stops.

By now, England were creating space with simple passing and awareness. Martin had a fine game with several notable, intelligent runs and deserved to connect for England’s third.

Bray’s backhand strike was world-class and so was Balsdon’s late strike, as England took the second of their 14 penalty chances.

“We didn’t get frustrated and then we just kept pushing on for that next goal, next goal every time,” said Jo Hunter.

“The key thing [Kerry said] was to keep to our game, don’t ever let it bore us. Stay on the same page and you know what your team-mate is going to do with the ball. It makes things a lot easier.”

England now have a day’s break before their third game against India on Sunday 0930 local time.