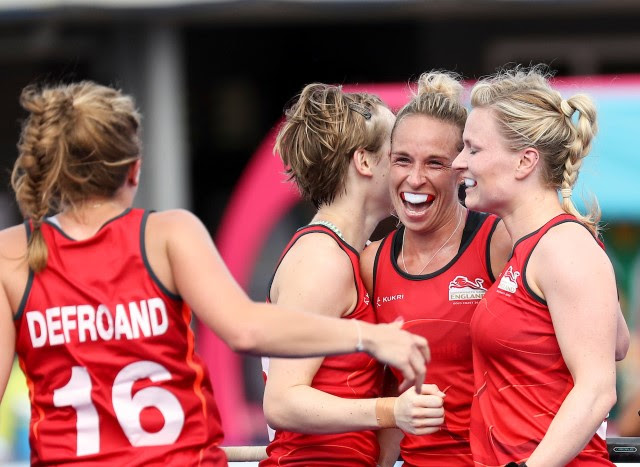 Gold Coast – Pool A favourites England won their opening Commonwealth Games match against South Africa 2-0, putting in a solid performance ahead of a home nations’ clash against Wales on Friday.

A penalty corner strike from Grace Balsdon, followed by a neat reverse strike by Susannah Townsend settled the points. This was a comfortable victory, but surely there’s more to come from the world No 2 side.

The pressure will be ratcheted up several degrees when they take on the Welsh – part-timers but who all play in the English Premier Division – at 7.30pm local time on Friday with their tales and pride firmly up after beating India in the opening match of the tournament.

But the early frolics of the Welsh upset was toned down by a semi-polished England outfit, who avoided any opening skirmishes of their own.

Defender Hollie Webb said: “South Africa have been a massive focus for us for the last few weeks. It’s some girls’ first experience of a multi-sport Games, but it was a professional performance, a solid win and we can now put it to bed ahead of Wales.

“They will know us very well. It will be another tough game, a very different game. We have to go out there really hard to make a good game of it.” 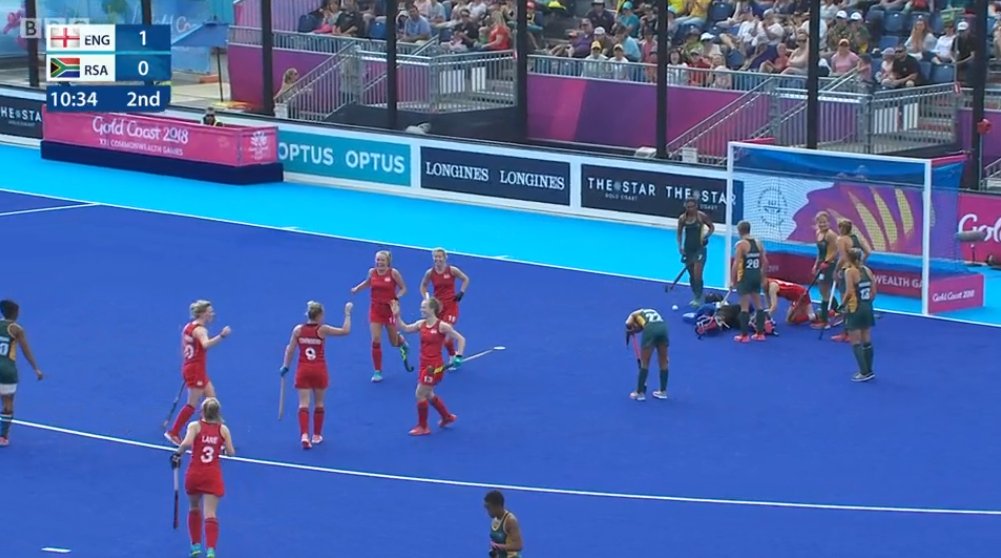 A sound opening, interchanging well down the right, saw England create three penalty corners, converting with the last of those.

It was Grace Balsdon, who has long been touted as a penalty corner specialist, who hit home low and hard.

In the second quarter, the lead was doubled after tyically brilliant work by captain Alex Danson down the right and into the D. On the slide, Danson saw space develop for Townsend, who slapped low on the reverse.

With coach Danny Kerry asking his players to tire South Africa in the closing stages of the first half, a first penalty corner was gleaned.

But Emily Defroand charged down a high attempt – and took the blow high on her body for good measure.

Holding on to a two-goal lead, the energy seemed to wane in the third quarter with few notable chances.

South Africa looked increasingly tired but couldn’t make any significant impact, Maddie Hinch booting away with ease a tame shot, then a more authoritative penalty corner save at the death.