Commonwealth Games Hockey: Six women players to look out for 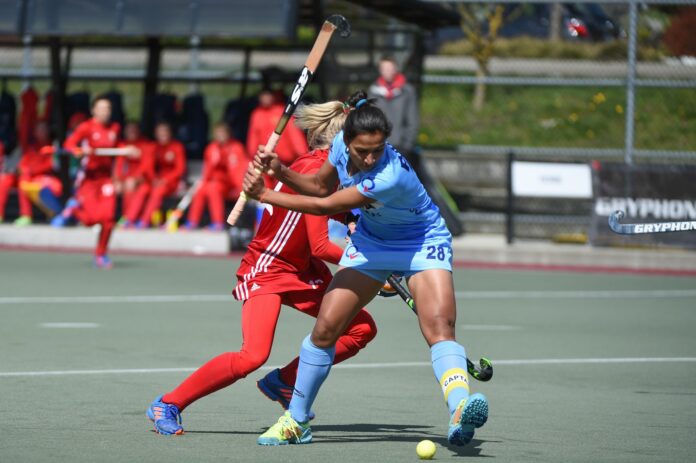 The Kent-based player was a star of Great Britain’s gold medal run at the Rio 2016 Olympics, before injury curtailed her 2017. The 28-year-old midfield powerhouse discovered a knee ailment in the lead-up to her team’s Olympic success, and it wasn’t until afterwards she went under the knife. Finally fit and firing again, she is a fast and skilful threat for any opposition team, and will be desperately trying to help England take home the gold.

McLaren (nee PUNT) is back on the hockey field after 18 months away from the sport following a fourth-placed finish at the Rio 2016 Olympics. She has been one of New Zealand’s best and brightest players over the last two Olympic cycles, with her lightning speed and dazling stick skills proving almost impossible to contain. Before her hiatus, She had developed into one of the world’s better penalty corner flickers, so keep an eye on her set piece mastery at GC2018.

The Australian is fast developing into one of the world’s most dangerous midfielders. Kershaw took a while to hit the scene after a knee injury robbed her of a chance to go to the Rio Olympics in 2016. She made a succesful return to international hockey in 2017 and was awarded the Australian Hockey League’s player of the tournament prize following a series of stellar displays. She has speed to burn and a smart hockey brain, so the sky is the limit for this Australian star.

Rani is the darling of Indian women’s hockey. At the tender age of 15 she was selected to take part in the 2010 hockey World Cup where she scored seven goals. Now 23, Rani has developed from an exciting prospect into a bonfide star of the women’s game. She will captain the side at the Gold Coast 2018 Commonwealth Games where Indian fans will hope she can drag the team into the medal rounds. Rani is a dangerous striker and one to watch at GC2018.

Nominated for the 2017 World Player of the Year award after consistently playing at a phenomenal level for the Blacksticks, She is a star of the women’s game. At 27-years-old, she is a ‘young veteran’ of over 200 international caps, and has helped New Zealand rise to fourth in the International Hockey Federation world rankings. Hard-working, resilient, tenacious and tough, Michelsen leads from the front and will co-captain the New Zealand side at GC2018.

The Canadian midfielder is a tough and dynamic threat for one of the most improved teams in world hockey. Wright (nee Gillis) is strongly built, isn’t afraid to assert herself on the contest and has great tactical nous, making her a key linchpin in the Canadian lineup. She plays some of the best two-way hockey in the world, making her dangerous in both attack and defence, and if Canada are to feature in the medal rounds on the Gold Coast, Wright will have to be at her best.