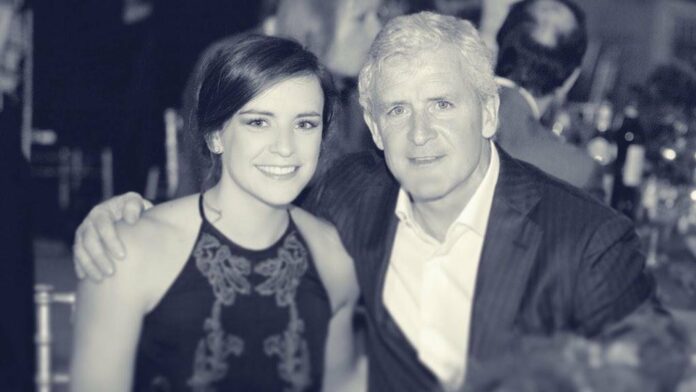 She may be daughter of football great Mark Hughes, but 25-year-old Xenna insists on doing it her way, writes Rod Gilmour

Don’t tell Xenna Hughes she is run down as she gears up for a second Commonwealth Games; the teak tough defender is more than ready for action to start on the Gold Coast.

The nature of the national set-up for the Welsh team means that dual careers are a necessity. In the case of Hughes, the established international has been working nine-hour shifts, five days per week in her fitness instructor role at the KX Gym, a private members’ club in South Kensington, London.

“My bosses at work say ‘we’re just trying to manage your fatigue at the moment!’ It’s about managing me. You kind of accept it will be hard work and get on with it. I’m coping though.”

The dual career aspect has its benefits. “I’m lucky that I work in the same industry and can train at the same time,” adds the 25-year-old, who plays for East Grinstead. “After 18 months here, I am getting the balance. I don’t know any different and so I just crack on with it to be honest.”

Since coming in as national coach, Kevin Johnson has pushed Wales in a “different direction”, according to Hughes.

“We don’t have a lot of funding or contact hours together. Fundraising is tough, but everyone is trying to juggle full-time work with playing. When you consider where we were before Glasgow, we are taking the right step in the right direction.”

Ecstatic to able to represent my country at the Gold Coast Commonwealth Games 🇦🇺🐨All the hard work finally paying off and could asked for a better group of girls to go with #GC2018 @HockeyWales pic.twitter.com/Y0IgaWzAJn

Indeed, Wales have made significant strides in the last four years (Johnson joined in 2016) and when they open the hockey matches on the Gold Coast on Thursday against India, before a crunch battle against fully-funded England, they will be fielding a part-time side full of Premier Divison players.

One of Johnson’s early mantras was to make sure his charges were “pushing eaching other to the limits”. And by that he meant to be vying for Premier Division places.

“Playing against England we would have faced a lot of them anyway,” says Hughes. “I know they struggle to play club hockey, but for me there are six or seven who went to Birmingham.”

Hughes revelled under inspirational coach Phil Gooderham during her time playing for University of Birmingham. “He is one of the loveliest coaches and being around the type of young, fit players he brings in just improved me immensely. He makes sure that you don’t slack and that you bring your international hockey into university hockey.”

During her sports science studies, she started out in the team as a forward in her first season before moving to defence on the advice of Amanda Partington, the former Wales coach, during the Glasgow Games.

“I did an aerial in a game, forward to forward, and she decided to put me in defence for the rest of the tournament. It was a flukey position change!”

Now, for anyone reading this who doesn’t know that Hughes is the daughter of Southampton manager Mark Hughes, then your eyebrows have probably been raised by now. Yet Hughes likes nothing more than to keep her family sporting connections away from her own achievements.

Hughes says: “Dad always said to enjoy what you do first, no matter what sport. Or even if I didn’t like it, to enjoy it and I would succeed. Along with my two brothers, we’ve wanted to do things on our own merit.

“I remember as a hockey junior, people would come up to me and ask if that was my dad and I would say ‘no’ as I didn’t want the attention. I wanted to be good enough in my own right.”

And that she is, if you speak to coaches and team-mates, while her rearguard stance also brings out Hughes’s physical sides, just as it did when Hughes senior was stirring havoc at the other end of the pitch.

“I like to think I’m one of the tough players,” admits Xenna. “I hope to bring a range of passes but, for me, when the moment comes for a defender to get physical that’s what I plan on doing.

“You always have an idea in your head of what a defender should be, but in that moment all I think about is one on one and winning the ball. Or if I can’t do that, it’s about delaying them and to cause mayhem!”

And in the calm, it’s obvious that Hughes also needs little encouragement to stoke up the passion in pulling on the red shirt. “It does take you to another level,” she says. “When you put on the shirt you always have pride, but it never goes down with each game.

“With the Commonwealth Games, no matter what sport you are, you’ve all gone through the same struggles and hard work. I enjoy this type of tournament. I like walking through the village and guessing what type of sport people are in. It interests me how everyone has fallen into their chosen sports.”

With Hughes knowing how a host of England players fell into hockey, Wales will be fully aware of what awaits on Friday morning (10.30 UK) against the Glasgow silver medallists in their second group game. Yet, the Wrexham star believes that the underdogs will pose a severe test.

“We like to cause upsets. We know their style of play and have done our research. As long as we can cause as much hassle as possible then things will be going to plan.”

And Hughes’s own future plans? Well, she has only been focused on the Gold Coast adventure. “Work colleagues seem to have life plans,” she muses, “but I haven’t looked beyond April. It’s been my goal since the closing ceremony of Glasgow.”

HOW HUGHES WAS GIVEN SPARK

Southampton manager Mark Hughes never played a major Championship for Wales during his playing days, but Xenna broke the deadlock on the first day of the Glasgow Games in 2014, before overtaking her father in terms of international caps last year.

Hughes has always taken an interest in her daughter’s career and was set to travel out to the Gold Coast to watch with his wife before the Southampton job came calling. But Xenna has banked his wise words from Glasgow.

“He helped to keep my nerves at bay. He reminded me of the time he first played for Manchester United where you can never prepare for the big crowds. But once you’re on the pitch, you’re out there to play and it should be like you’ve always done it.”