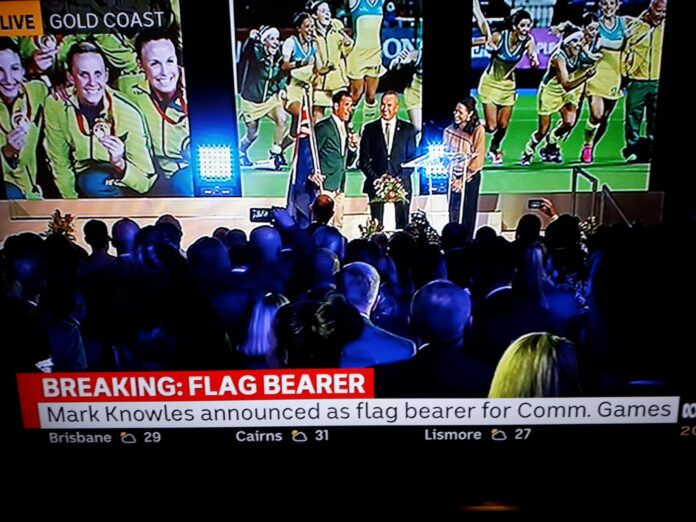 The 34-year-old, who will retire after the Gold Coast extravaganza, was awarded the honour at a reception in front of all but one of Australia’s 13 previous flag bearers.

He said: “This is amazing. I grew up playing a sport I absolutely love on the grass fields of Rockhampton and I stand here now in front of this group of absolute stars.

“It means everything to me.”

The men’s skipper – who is regarded as one of the most popular players, as well as honourable – had previously carried the flag at the closing ceremony of the 2014 Glasgow Games, but this certainly trumped that moment.

Four years ago, he led out Australia after yet another Commonwealth gold for the Kookaburras.They will be favourites for a sixth straight title here and Knowles suggested that he would try and cherish the moment.

“My journey’s coming to an end but these 13 days are even more special now,” he added.

Knowles pipped Sally Pearson, the Australian hurdler, to the honour after the track athlete was seen as a pre-announcement favourite.

Following the hockey competition, Knowles will take up a role as a personal development officer at the Queensland Academy of Sport on the Monday following the weekend finals.