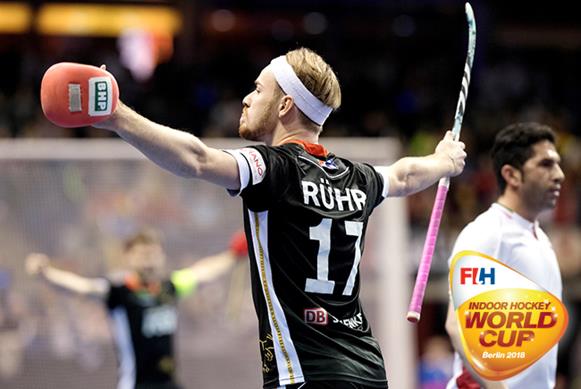 Christopher Ruhr, one of world hockey’s prized forwards, is poised to try out a sensational cross-sport switch from hockey to soccer giants Bayern Munich, according to reports.

The twice FIH rising star of the year has been handed a trial next week with Germany’s Bundesliga club.

The 24-year-old, who won Olympic bronze at the Rio Olympics, scored a blistering hat-trick to send Germany into the Indoor World Cup final in February.

But defeat against Austria men in front of a sell out crowd in Berlin may have proved the tipping point for the highly-rated star.

The Self-Pass website reported that Ruhr had been mulling over the potential opportunity of moving across sports.

The website added that Ruhr would be making an announcement in the coming days after an image was posted of the German wearing a soccer shirt.

Ruhr has been a boyhood fan of Bayern Munich since he was aged three, while a successful trial would shock world hockey fans.

The Hockey Paper has asked the German Hockey Federation for a comment on Ruhr’s addition to Bayern’s roster of triallists.

In recent years, England star Ashley Jackson has combined field hockey and ice hockey when he played for both East Grinstead and Invicta Dynamos.

What do you think? Is this good for hockey’s profile or a foolish move?