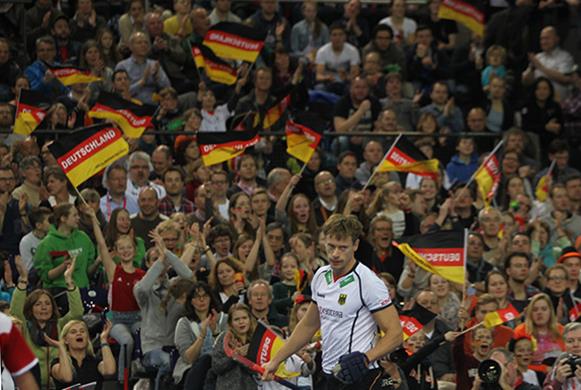 The FIH, hockey’s international governing body, was formed in 1924, largely in response to the sport being left out of the Paris Olympics of that year. Ever since then, one of FIH’s primary aims has been to maintain hockey’s Olympic status. So, by the time the Games return to Paris in 2024, that objective will have been successfully achieved for a full 100 years.

In recent times though, hockey’s Olympic tenure has been growing ever more doubtful.

In 2005, FIH moved their head office from Brussels to Lausanne, driven by the need to be on the IOC’s doorstep should any conversation start that threatened to drop hockey from the summer Games schedule. That growing fear turned to reality in 2013 when hockey found itself, along with taekwondo, modern pentathlon and wrestling, facing exclusion as one of the Olympic Games’ core sports.

Having been in the packed stands of the Riverside Stadium watching the men’s and women’s Olympic tournaments in London months before the 2013 vote, it was hard to understand why hockey could be so close to the Olympic axe. As the world’s oldest stick and ball sport, played on all the continents and in well over 100 countries, you would think it would tick plenty, if not most, of the Olympic boxes.

As it was, wrestling was the unlucky sport to be discarded and that tells us much about the direction of the IOC and the peril that hockey now faces. Although the decision made some sense, with wrestling’s low profile, fledgling women’s competition and lack of identifiable superstars, it was still one of the sports from the ancient Games and had been included at every Olympics since the modern version started in 1896.

Clearly that didn’t matter too much to the IOC and if that’s the case then we can also assume neither do the sorts of factors in support of hockey.

That is why hockey is still desperately testing rules and format changes to try and make the game more appealing to an IOC that, you get the sense, seems less interested in our sport by the day. On top of that, the IOC also explained in 2013 that their decision to reduce the number of core sports was with the aim of controlling the size and cost of the Games and also to make the events more “relevant to sports fans of all generations”.

With that, we can now cut to the chase. First, the IOC (incorrectly) thinks that hockey is more of a Commonwealth sport than a global one. Second, it’s a big and expensive event at the Games (24 teams, 384 players, plus coaches, umpires and officials) that takes the whole two weeks but yet only counts for six medals. Third, as a sporting product, hockey’s TV appeal is nowhere near that of other sports. In short, it’s for hockey lovers more so than for sports “fans”.

So, you can imagine that when the FIH makes what we see as significant changes to the international game, like moving to ad-break friendly quarters or reducing the playing time by 10 minutes, the IOC’s reaction is probably closer to a shrug and a polite smile than backslapping and a long-term guarantee. Yes, they probably appreciate the gesture but deep down they know that reducing the game to nine players or making field goals count for more isn’t going to suddenly boost global popularity or TV figures.

The one consolation in this gloomy summary is that we are in all probability not alone. If television success of the Winter Olympics is anything to go by, other mainstream sports are almost certainly under the same threat and the IOC’s aim of being relevant is a far more revealing statement than you might think.

Hockey is just not a sport that you associate with “fans”. People in a hockey crowd are usually current or former players, coaches and umpires. They are children, they are parents and they are friends. On the other hand, I am basketball fan, despite never having played, coached or umpired a game and I watch it only on TV. So, make no mistake, when the IOC talks about “fans” they are talking about millions of TV viewers and not thousands of loyal followers. Any sport in that boat, which ironically probably includes the likes of rowing, is in trouble.

The inside word from the recent Winter Games in Pyeongchang is that the IOC wants to attract these fans by feeding them more of the spectacular images, including crashes, that a mountain provides.

Whereas watching the Summer Olympics was once about developing a previously unknown love for archery while waiting for the hockey to come on, it’s now likely to be heading towards a fast-moving montage of only the most popular sports, mixed in with extreme sports, e-sports and probably UFC. This also helps explain the recent diversion of funding from the likes of badminton and basketball into winter sports.

Hockey, it seems, is caught between a rock and a hard place. It has a loving family all around the world but at the same time, it is trapped trying to satisfy the IOC with an increasingly modified format, like a teenager trying to please the girlfriend or boyfriend that deep down knows they are going to move on when it suits them. Anyone that’s ever been in that situation will tell you that it never works out for the best and maybe it’s time that hockey came to the same conclusion.

The answer though may not be as difficult as you might think. You only have to look at rugby 7’s to see what the IOC wants from team sports. Best of all, we already have that very successful and exciting modified version in existence as we saw at the recent Indoor World Cup.

With short, sharp games from a far more global list of competitors and spectators sitting right on top of the action it’s ready made for the Olympics of the future. Critically, it’s also a far better economic model and virtually identical to the other existing Olympic indoor team sports like volleyball, basketball and handball.

Don’t get me wrong, I never thought I’d see the day where I’d be advocating indoor hockey (despite loving it) as an Olympic sport. On the other hand, I’d much rather that than nothing and if it’s in and amongst BMX, skateboarding and watching six nerds play FIFA-Pro then I’m probably not going to be watching the Olympics as much as I used to in any case.

With indoor as our modified Olympic version, that then leaves us free to keep our World Cup in the format that is recognisable to the hockey world. Two years after London, hockey lovers were treated to the most phenomenal event in The Hague.

The combined men’s and women’s World Cups in 2014 showcased everything that is great about our sport in a format familiar to everyone. And, who knows, the fans who discover indoor hockey at the Olympics might even tune in to watch.

Read Todd’s columns every week at The Hockey Paper