Pendle Forest: is this Lancashire hockey team Britain’s most successful? 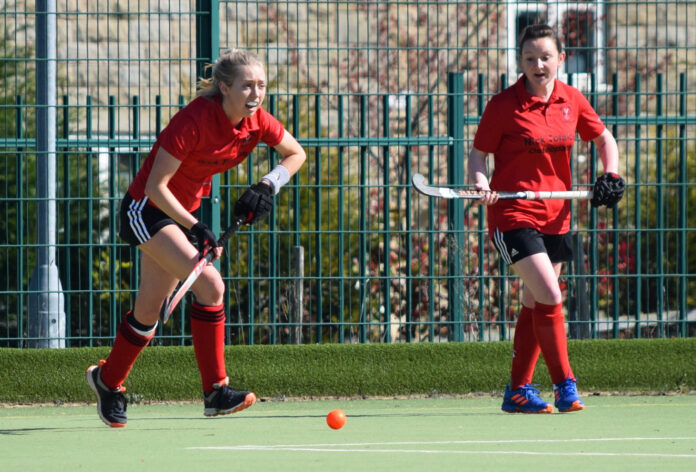 One of Lancashire’s biggest advocates of grassroots sport has been firmly in the thoughts of five members of Pendle Forest 1s this season during the all-ladies’ club return to the top echelons of the North Hockey Women’s Leagues after a record run over the last three years. This has seen them march to 72 league matches unbeaten and sealing promotion to the Premier Division last weekend. Surely they have made themselves an accolade as one of Britain’s most successful hockey clubs?

This past Saturday also marked one year since Geoff Nuttall, a well known businessman, sportsman and character in the area, passed away, aged 88. Geoff once had trials with Burnley FC, he was an ever-present in the local leagues and even turned down a position with Accrington Stanley. His passion for local sports was further enriched over the last two decades, where he was regularly spotted on the touchlines at Pendle, avidly watching his two daughters and three granddaughters play at the small ladies’ club located near Burnley.

A day after he died, all five family members summoned the courage to pick up their sticks and pull on the Pendle colours. “That’s what he would have wanted them to do,” said Danielle Hornby, Pendle’s first team captain.

Family ties and togetherness have bonded Pendle, whose own success saw them nominated as women’s team of the year at the England Hockey Awards last year. The night proved an emotional one for Geoff’s two younger granddaughters as his colourful life – not to mention his selfless dedication in Lancashire, which saw him awarded a Pendle lifetime achievement award several years ago – returned to their thoughts.

On Pendle’s two tables sat fellow northerner Nicola White and Sophie Bray, two gold medal-winning athletes. “I mentioned the two girls to Nicola and she went straight over and started talking to them and showed her gold medal,” revealed Hornby, who sat next to White. “It was great to see that she didn’t shy away from a potentially difficult situation.

“These things happen to everybody, regardless of what standard you’re at, be it a league performer or grass roots. You can still come through it, still play the game and carry on.”

Brushing shoulders with hockey’s GB stars, the club members who travelled down to Leicester that night came away with “memories to last a lifetime”. Hornby soon had a mini hockey stick, with six Olympian signatures, programme notes and a team picture to hang on the club wall. “Not a day goes by when one of the club members reflects on the night,” she says.

“It’s still talked about. I feel very lucky that we were there. The time that the Olympians gave up to speak to us and the young players in the club, it’s obvious that inspiring the next generation is firmly on their agenda.”

The 31-year-old, who is into her second season as captain, added: “They never stopped talking to people all night and that’s what you want to see. Nothing was too much for them and if we want to grow hockey in this country, they are all excellent ambassadors and we couldn’t ask for a better group to do that.”

At this rate, Pendle will be vying for legacy status of their own after a three-year spell in North West Division 2. In that time, they accrued 318 goals, an average of nearly five per game. Last season they were finally promoted to North Division 1 after recent play-off heartache, while their gallivanting towards the top flight this season has seen them win 18 of the 20 games with two draws thus far. “It’s crazy,” says Hornby. “On summer holidays it’s the only time I get to reflect on what I do as a person as well as being a hockey player.

“I sat thinking that to win every game of the season and then to get promoted is very special. I feel very lucky to be a part of it.”

There have been a few pregnancies to contend with, but the title-winning side still entered this season with the core of the team as they came up against the likes of City of York. And after four seasons outside of the top flight, Hornby admits that the club “fell from grace and had to rebuild”. She adds: “But this is the league we deserve to be in and we’re not nervous.”

They have done so with two of the team’s goal-hungry forwards – Lisa Crewe and Charlotte Hartley – both back in attack together. Crewe, last season’s top goalscorer, has been one of five club members who started at school and has been a mainstay ever since.

Time spent playing league hockey in Australia, as well as with Bowdon Hightown has seen her vastly improve. “We have really benefited from her experiences,” adds Hornby. Meanwhile Hartley, a former GB international, returned from having a baby to give Pendle added impetus in attack.

In the four-month off season, Hornby kept up club relations with rounders every Wednesday and regular power jaunts up Pendle Hill. “We are so close as a club. Apart from holiday, I see people every other day for a catch up,” says Hornby, who works as a PE teacher at a local school.

And all the while they see weekends as match-winning ones and mark seasons as unbeaten ones; all with Geoff’s memory as a powerful aid for this incredible Pendle side.

Do you know a more successful club in the UK or across the world? Email newsdesk@thehockeypaper.co.uk