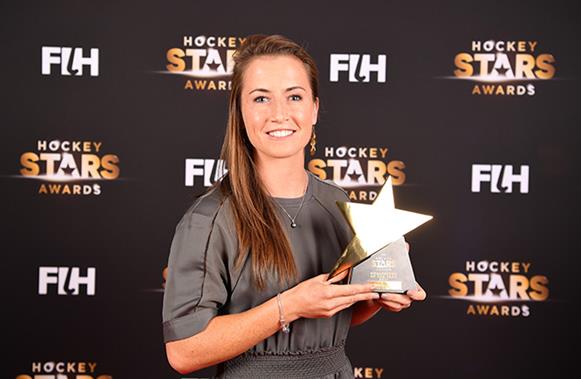 By Rod Gilmour in Berlin

England‘s Maddie Hinch was voted women’s goalkeeper of the year for a second time at the Hockey Stars awards in Berlin tonight.

The 29-year-old was rewarded for another outstanding year in goal – despite England or Great Britain failing to secure a major title in 2017.

However, she did help England to bronze at the EuroHockey Championships in August as she outvoted Belgium’s Aisling D’hooghe and Jackie Briggs of the USA to secure back-to-back awards.

Hinch will now focus on her Commonwealth Games preparations after she was left out of Great Britain’s experimental squad for the tour to Argentina.

GB play the first of a five-Test series on Saturday.