Amsterdam — England women and the Netherlands’ EuroHockey Championships semi-final on Thursday night may be a rematch of the Olympic final – but the raft of retirees from both sides has added new dimensions: speed.

Post-Olympic year always marks a transition period in hockey and it will be two sides with stars-in-the-making talent who will line up at the Wagener Stadium in front of a sell out crowd of mainly boisterous Oranje.

“This is what we do all the hard training for and massive occasions like this,” said goalkeeper Maddie Hinch, one of 10 Rio Olympians in the England team here.

“Yes, we are meeting them a little bit earlier than we’d hope. People perhaps wanted this to be the final but we have to play them sometime and we have a good history against them on these big occasions.”

As soon as the hooter sounded after England’s narrow 2-0 win over Scotland in their final pool match, thoughts immediately turned to the Dutch game.

“We would never have forgiven ourselves if we didn’t do the job against Scotland,” added Hinch. “Straight away there was a buzz that we were playing Holland in Holland.

“We’ve been watching all their games in the evening, with 10,000 people supporting them. We can’t wait.”

If England are to continue the defence of their title, their pace will be pivotal on a pitch which has been unrelenting.

“A different dimension to the team and lethal on the counter,” was captain Alex Danson’s assertion earlier this week.

“Hockey is going up and back, goals scored and it’s the team that will keep up with the pace.” 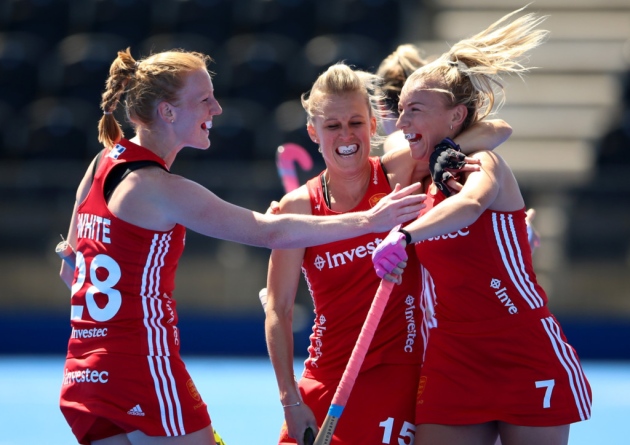 England have the defensive qualities to survive the Dutch test – step forward Giselle Ansley, Hollie Webb, Laura Unsworth and Co – while the player behind them agreed with Danson.

“This is one of the quickest and most attacking sides we’ve had as an England-GB side,” added Hinch.

“We have to use that as an advantage against the Dutch; play to our strengths and be defensively sound as we normally are. If we can get the Dutch a bit nervous we have every chance.”

The other factor is whether the world No 1 Dutch, with five Rio retirees, can cast aside successive shoot out defeats in European and Olympic finals.

In Rio, their Australian coach Alyson Annan “blacked out” during the semi-final and was then pictured in the dugout seemingly in a trance as Team GB won gold.

“There is always pressure and that is something I wasn’t really aware of before this position,” said Annan.