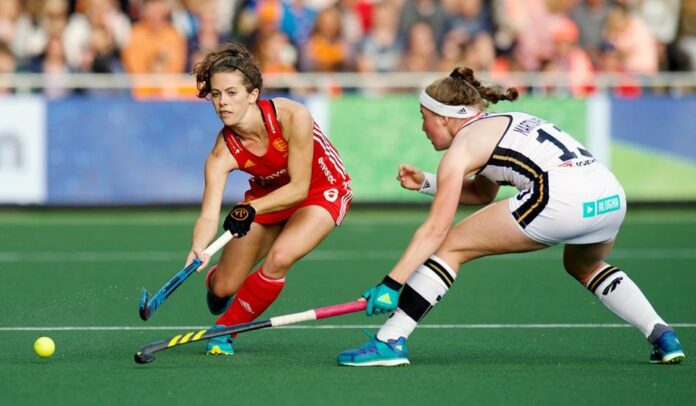 AMSTERDAM — It may have come a match and two days too early, but England and the Netherlands will go head-to-head in the EuroHockey Championships semi-final here on Thursday night.

England edged past rivals Scotland in a typically tight contest, while the Dutch went through the gears to thrash the Czech Republic 10-0 in their final pool games.

The top two in the world were billed to meet in Saturday’s final and repeat their dramatic contest at the 2015 EuroHockey – but a robust Germany ended up topping England’s group.

Instead, the women’s semi-final of this ever-flourishing Championship will be the Netherlands’ second big sporting moment this month after the Oranje soccer team beat England in the Euro 2017 semis. It will be some night on Thursday.

A faster game too, with a rocking Wagener Stadium and 10,000 fans willing Alyson Annan’s team on to atone for last summer’s Rio defeat. See FanBet betting sites for the latest odds as England and the Netherlands prepare for battle.

“Playing Holland in a semi-final, you can’t get much better than that,” said Jo Hunter, who scored the opening goal against Scotland.

With the hosts’ 10-0 drubbing on Tuesday night, it could prove a tough outing for Dave Ralph’s side.

Yet they are defending champions and have kept to their task this week. They have hardly played badly either. They outplayed Ireland and Germany, while the Scots turned up as if contesting their own World Cup final.

Another a cappella ending to Flower of Scotland seemed to lift Gordon Shepherd’s side early doors, who certainly made life difficult for England.

Lily Owsley was involved in a number of weaving runs into the Scottish circle early on. The ball just wouldn’t fall kindly for her team-mates.

Both sides were guilt of cheap turnover ball, while Scotland barely offered any circle penetration by half-time.

England finally opened the scoring after the break when Anna Toman carved a hard pass into the circle and Hunter’s angled deflection saw the ball crash into the net.

Scotland’s Amy Gibson, the Reading goalkeeper, was made to work and produced some key stops, notably with a double save from Sophie Bray and Hannah Martin’s sticks.

But England had found their rhythm despite late indiscipline – which will have to be eradicated against the hosts – before victory was realised.

The semi-final will be vastly different from the Rio final, with star players having retired from both nations.

Indeed, Hunter, married to England keeper George Pinner, has usually been in the stands watching her partner play in major Championships for the last four years.

“The girls have a wealth of experience and it does filter through to us,” said the 26-year-old midfield speedster. 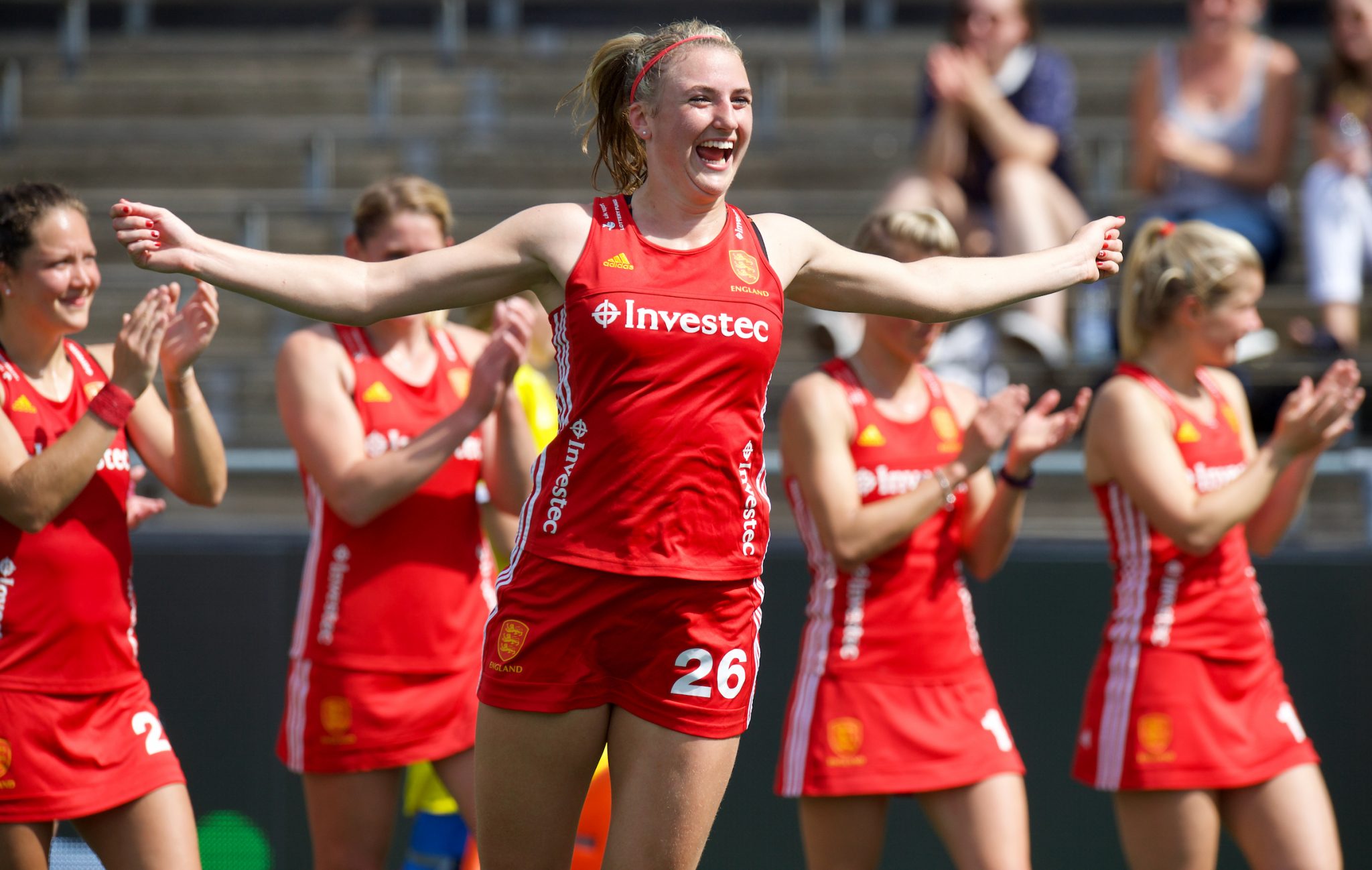 “Half the team won the gold medal in Rio, half the team are Euro champions, then you have the likes of me and others where it’s a first experience.”

Meanwhile, England play Ireland on Wednesday for a place in the men’s semi-finals. It will not be a placid affair and England will be aiming to overturn defeat to the Irish at the last EuroHockey Championships in London two years’ ago.

Adam Dixon, a Hockey India League regular and club player in Holland, has played at the coal face in plenty of international matches and hopes his experience will rub off on England’s younger shoulders.

“As I get older I try and enter games more relaxed. I’ve seen it all and I hope that experience brings some level-headedness,” said Dixon, who won his 200th cap earlier in the week.

“In the backline we have some new guys in there. To be there and to keep a lid on it when we get too emotive or flambuoyant, my job is to help those guys along.”