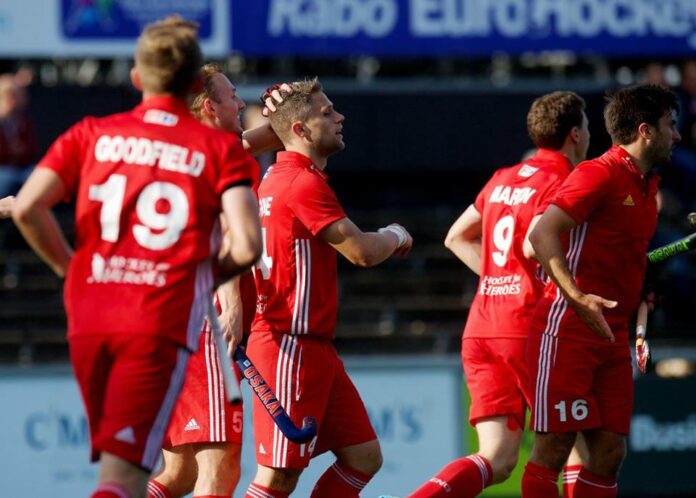 Amsterdam – For the first few days at these EuroHockey Championships, there was a distinctly English feel.

The local cricket side played behind the Wagener Stadium. Team GB’s golden girls were celebrating one year since Rio. Kate and Helen Richardson-Walsh even interviewed current captain Alex Danson at the half-time interval. England women and men won their opening matches.

But then two physical German sides entered the fray to inflict two defeats over 24 hours.

Despite outplaying Germany women with a barrage of shots, England lost on Sunday. A day later, England men were edged out in a seven-goal match bristling with pace, energy and scampering defensive work.

If this is the way world hockey is going, then all the better. It was a privilege to watch.

If only England had kept to this unrelenting script for 60 minutes. For they will want to forget the opening passages of play against Germany.

They did come back superbly from 2-0 down following a brilliant mid-game phase with goals from Mark Gleghorne, Phil Roper and Adam Dixon.

But was it ever going to finish thus against the Olympic bronze medallists? Germany duly recovered themselves to make sure of semi-final qualification.

It forced England into a must-win match with Ireland – who require a draw to progress – on Wednesday. There will be needle, it will surely be a spicy affair too after Ireland’s deserved win over England at the last EuroHockey in London two years ago.

England may be the oldest side in the men’s tournament here, but they have several players still feeling their way in major Championships, including the undoubted talents of Liam Sanford and David Goodfield.

The game against Germany will have given them a pivotal taste of what’s to come against the Irish.

“It came down to moments and little spells,” said Barry Middleton in defeat. “We’re learning all the time. We need to start games hard, not being dictated too and set our pace.”

Before the match, Mats Grambusch received his 100th international cap. He then put Germany in front, inside two minutes, with a rising shot past George Pinner’s left.

Germany doubled the lead in the 11th minute when Pinner failed to connect with a tame swivel shot from Niklas Wellen.

England were guilty of gifting too many passes and lack of ball retention in key areas.

England’s road to recovery began when Gleghorne, unmarked at the top of the circle, slapped a low shot home through a crowded goal after fine stick work by Sam Ward.

After the break, England started energetically. Brendan Creed sent through a piercing pass to Roper and the Wimbledon midfielder, running on, delicately placed it past Marc Appel on the volley from an acute angle.

Dixon’s ricocheted shot then found the net from a penalty corner with 20 minutes left.

Yet the pace didn’t drop. Germany, from their third corner in a row after England were saved from a penalty stroke, saw Lukas Windfeder’s shot fizz low past Pinner.

In the final quarter, Pinner, who by now was forced into constant action, was left thumping his stick after another low circle shot by Anton Boeckel.

ENG 3-4 GER Right at the start of the 4th quarter, Boeckel scoring underneath Pinner #EHC2017 pic.twitter.com/xEQHYpEYXN

As much as nominated captain Pinner – superb in the second-half – tried to rally his players, the Germans held play for the remaining minutes.

“Germany have some great players, it was hard and the game swung both ways,” said coach Bobby Crutchley.

“The lads showed they can match it. They are aware this team is progressing and it will be a different challenge against Ireland, a different type of pressure.”

“Everyone knows that England v Scotland is never that simple,” said Shona McCallin, the England forward.”They will be up for it more than they’ve ever been.”

“If we come through that then it is probably a game against the Dutch. If you want to retain your title you have to beat everyone. We don’t shy away from those big games.”