One year on from the Rio Olympics, columnist Todd Williams looks back at whether the quarter rule changed nations’ perspectives in Brazil.

In the wake of the incredible Great British and Argentinian victories, every other team left Rio with some level of disappointment and even despair.

On the men’s side, both Australian and Great Britain fell well short of expectations prompting considerable head scratching for their respective coaches and Performance Directors alike.

Both teams seemed to struggle from the first whistle.

GB were immediately on the back foot against the excellent Belgians and Australia limped past NZ and then failed to score in successive games for the first time in living memory.

Bearing in mind that Australia had steamrolled Argentina (5-1) and Holland (6-1) only two years earlier to win the World Cup, one obvious theory is whether they and GB (fourth at the World Cup) were too reliant on the successful methods employed in The Hague and undone by a new style of game in Rio.

One statistic from the men’s competition lends weight to that argument.

Aside from the quarter final stages, the most obvious change to the Rio format was that this was the first of hockey’s two “majors” played with 15-minute quarters.

Looking back at the number of goals scored in Rio, there is an interesting shift from the 35-minute halves two years ago at the World Cup. 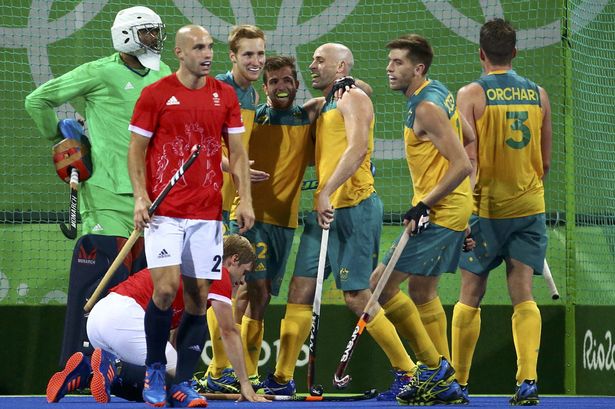 In Pool B, the number of goals were virtually identical. This suggests little change to the game and if anything, that the game now offered slightly more goals per minute than before.

In Pool B however, and needing some sensible adjustment to the brave Brazilian’s score lines, the picture suggests a significant – as much as 25% – drop in goals.

This seems to sit with what we saw in Rio. One game would be just as we are used to and then the next would be low on goals, heavy in possession and dominated by defences.

Interestingly the pool with the (adjusted) fewer goals was the one that both Australia and GB found themselves in.

No doubt their respective reviews have offered many valid points but it seems clear that any way forward for both will need a better way of managing the teams now ready to play against this new type of game.