Recalling Team GB women’s hockey Rio gold: ‘It got a bit sour singing at the Dutch – but was all good fun’ 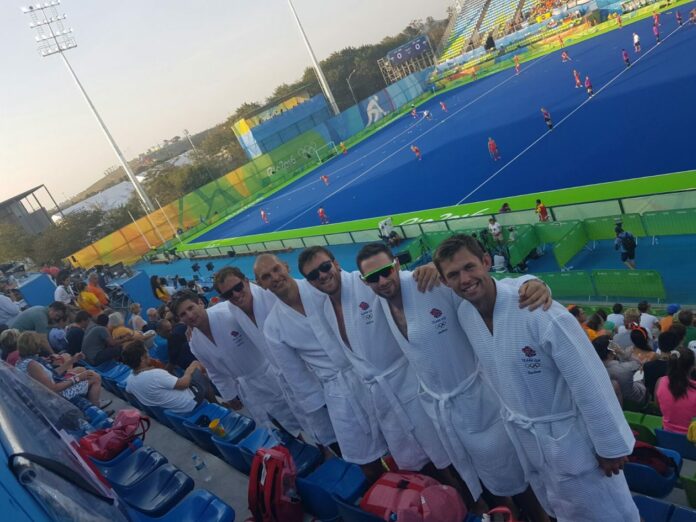 As the women’s hockey team set their sights on gold in Rio, members of Team GB’s other sports had finished their competition and were ready to party. Here, Olympic gold medallist Moe Sbihi recalls how it was for rowing as his boat attempted to watch the Olympic hockey final against the Netherlands at Deodoro.

I tried to create a harmonious team as athletes’ rep and tried to limit the fractures that can occur. It’s part and parcel of who we are being an intense sport. It was one of the best team harmonies we ever had and hopefully we can build on that.

I was so well supported by team-mates, not just within the boat but the other guys as well. You need that internal support system. People who understand what you’re doing.

One of my main things as rep is organising the Christmas party or tips at hotels. I’m the person who knocks on team-mates doors and asks for five euros for this and that. It’s an annoying job and it’s left me out of pocket over the last four years.

If you don’t like somebody, still be civil with them.You’re all striving towards the same goal. Everyone knows that, but there are sometimes when I have to step in but generally the squad does that itself and they do that through humour.

That’s part of me growing up as an adult and not being that moody teenager as that could have been me.

My father had open heart surgery the day before flying out to the Olympics. I knew it was all fine but it was the second time he had it in the last six months. Sometimes, it sounds really bad, but it was a healthy distraction. It’s amazing what you’re body can do, it can go on autopilot. 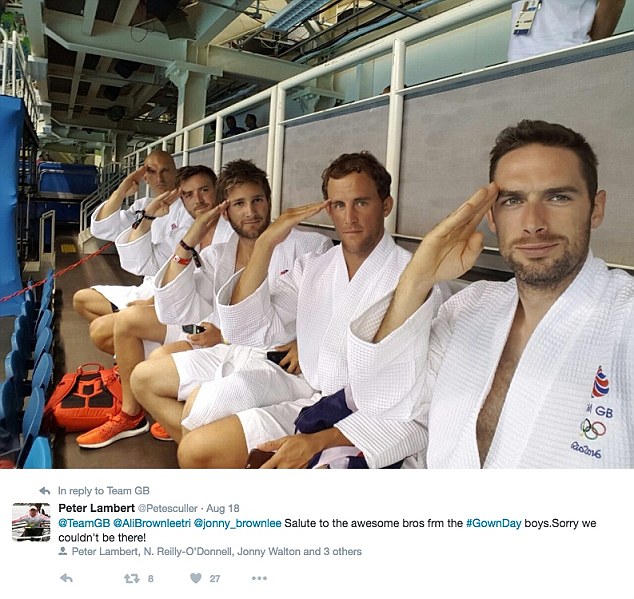 Rowing was a great escape and it helped me to focus on things outside worrying about my dad.

I’d like to take that credit for the decision to go out in dressing gowns myself. But it was Nathaniel “Noddy” Reilly-O’Donnell.  We were on a night out. We call him Mr Clipboard because he likes to organise – and it was used to full effect in Rio.

He was the spare and it was a really hard role. Once he committed to that role – and there were some selection issues prior  to that – he was the best team-mate anyone could have.

He would always look at the events and see what we could watch. We knew that Jade Jones was the first match the next morning after our races. And we said to ourselves that we were always given those gowns but no one ever uses them. Not even when you are meant to use them.

They looked like a taekwondo suit, so we put it on and it snowballed from there. We went to the diving, had a spa day, went to the wrestling in our warm-up suits where the crowd hated us. There was a lot of animosity towards us.

We were either in the athlete area bit or we would somehow sneak into the stadium.

At the hockey final we had ten to 15 people wearing gowns. The semi-final was a doddle but the final there were a whole world of emotions going on.

It got quite heated. There were a lot of us and a lot of Dutch. Up until them losing, it was jovial and good humoured banter.

When we scored to equalise, I started to sing the ‘you’re not singing anymore’ chant, it went a bit sour from then on.

It was all good fun and it did seem like we were messing around, but we were there to support our team-mates ultimately.

That’s the beauty of the Olympics. Team-mates doesn’t just mean rowing. It means all the other sports.

Moe Sbihi was speaking on behalf of SAS, the Official Analytics Partner of British Rowing and the GB Rowing Team at www.sas.com