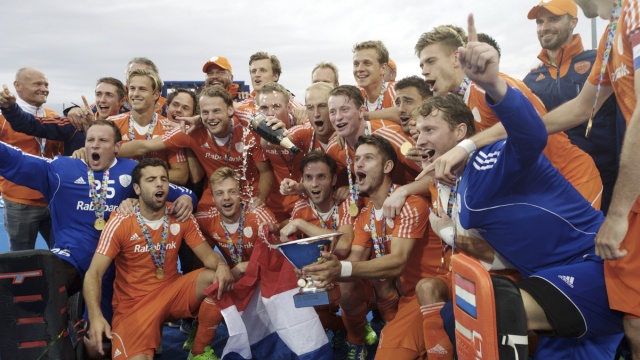 England women are defending the European Hockey Championship title they won in such dramatic style in at London 2015 when they overcame the Netherlands in a shoot out. If they reach next Saturday’s final, it will be the third time in succession after losing to Germany in 2013. Germany’s defeat to the Netherlands two years ago meant it was the first time they had failed to reach the final since 2003.

England men will be aiming to repeat their 2009 campaign when they won the title in the Netherlands courtesy of a 5-3 win over Germany. The only previous time they have reached the final came 30 years ago in Moscow when the Netherlands won on penalty strokes.

Follow England men/women on BT Sport 3 through the tournament.

32 – England captain Alex Danson is the third oldest player in the women’s tournament behind Klara Poloprutska of the Czech Republic, aged 38

17 – Natalie Novakova, the Czech forward, is the youngest player at the 2017 Championships

34 – Age of Spain goalkeeper, Francisco Cortes, the oldest player in the men’s event

After finishing 11th in 1995 – where they lost 15-0 to Germany – and 1999 and not featuring at all in the next four editions, Belgium women have finished fifth, fourth and fifth in the last three Championships.

When Netherlands men take on Belgium on Monday evening in their second group game, it will mark the first time the two nations have played since the Red Panthers defeated the hosts at the Rio Olympics in an outstanding 3-1 semi-final win. “No proper passing, no proper rhythm, nothing,” was Mink van der Weerden’s then. Expect a team out for revenge here.

“We need to not get into the emotional side which is when they do well. It will be difficult and you need to win that first game but we are really looking forward to it. The DNA of Dutch players is to be creative and to play attacking hockey. With the current combination and the creative faculty, we should be really nice to watch.”
Billy Bakker, Netherlands co-captain

“A few years ago when we played European championship III, it was just a dream and we watched the Euros on TV. They are currently best team in the world and we are 24th place so a match like this will be really unique and we hope that we will be a good opponent for them.”
Czech Republic captain Adéla Lehovcova on group game v Netherlands

The picturesque Wagener Stadium, situated on the edge of the Amsterdamse Bos woodland, hosted the 1973 World Cup as the Dutch beat India on penalties.

It was the first hockey match to be broadcast on Dutch television. The sport in the Netherlands hasn’t looked back since. Last summer, a new main stand was constructed which officially opened on the eve of this year’s Championships. And judging by ticket sales, the atmosphere should be vibrant, with 80,000 tickets sold and half of the 10 days of action already sold out.

The Euro ParaHockey Championships will be held in conjunction with the main tournament for the third time. Around 150 players will take part in 50 games featuring a record nine nations: Ireland, France, Italy, Holland, Belgium, England, Spain, Portugal and Germany. The final takes place on Wednesday.

**This article was ammended on August 17 to reflect Alex Danson being the second oldest player in the tournament. She is the oldest English player.

Comments are closed on this article.