Lee Valley – So, the Dutch finally won on a shoot out.

But Sunday was really for the 5,000 who had snapped up tickets back in February.

It was a day too when a large portion of the England team faced up to the Netherlands, still the world No 1 side, for the first time since the Olympic final.

This was a day also for those players who joined Danny Kerry’s centralised squad in January. On the road to next year’s home World Cup, more important matches than this follow this summer, at the World League and the EuroHockey Championships.

That’s because there was a genteel Sunday feeling to this one-off Test. Even if it was against two fierce rivals.

Yet, you sensed that this game will live in the memory for new players such as Emily Defroand, who grew up close to Lee Valley, Anna Toman and Hannah Martin, who notched her first goal on Saturday against Argentina.

That’s because England did so well in keeping the Netherlands to 2-0 by not playing badly. And then seeing history almost repeat itself as they came back so defiantly in an entertaining last quarter or so. 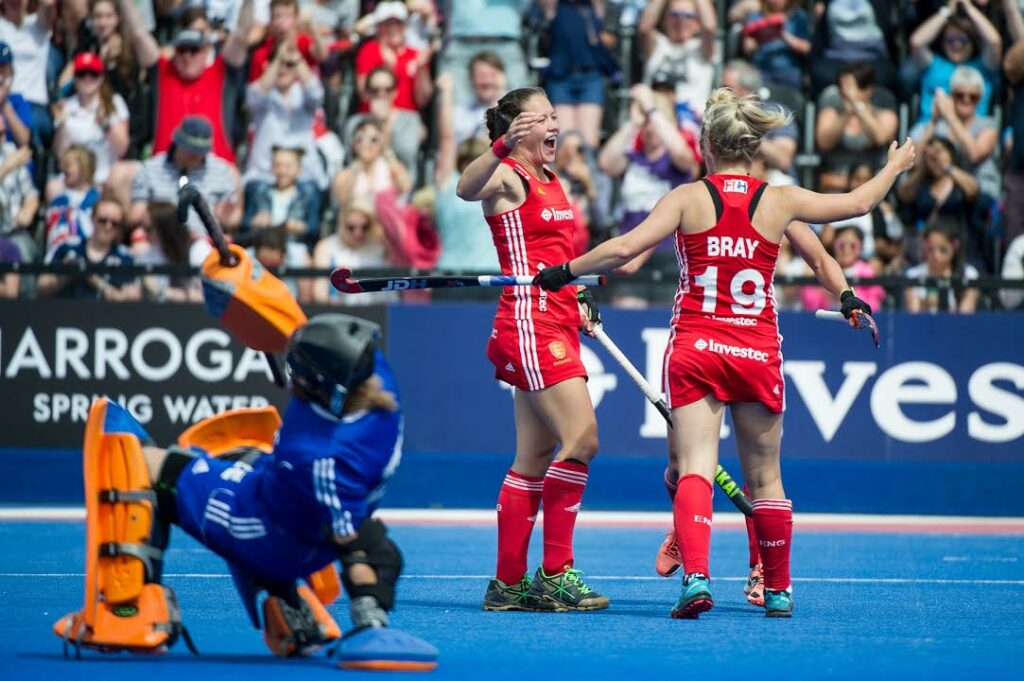 They saw Alex Danson, captain for the summer, net her 100th international goal. And they saw the experience of Ellie Watton, Susannah Townsend and Sophie Bray link up so brilliantly as England leveled at 2-2.

It was a sumptuous goal on the left. Watton’s pass to Townsend who wiggled into the D and reverse sticked across goal where Bray expertly slid and angled into the net. “Pretty spectacular” was Danson’s assertion.

It was over in a flash and the crowd went delirious. It was – as we are now accustomed to witnessing – some turnaround.

“It was a really special occasion for many players who have never played in front of 5,000 people at home,” Danson admitted afterwards.

“So I really saw it as an opportunity looking forward to the World Cup in a year.

“We probably won’t have the opportunity to practice on home turf with that crowd again so it was a fantastic opportunity, and lots of players have had that first experience.”

To be honest, the crowd had remained quiet and largely content for most of the first 40 minutes. There were the occasional loud shrieks with England’s circle penetrations – mostly through Danson – and when Maddie Hinch made some boot saves.

Yet, history can evoke itself. Take the 2015 EuroHockey final when England came back from 2-0 down. Or the Rio final when the nation watched and the 10 o’clock news was delayed.

“History kicks in a lot when you have situations like that,” forward Lily Owsley admitted afterwards. “We’ve done that a few times now. The score line could have got on top of us but we didn’t let it affect us.”

Bray, who has lost none of her touch after a superb Rio camaign, concurred with her fellow forward.

She said: “You can’t help but think of those memories. We want that to be our fortress. It inspires us to find that something extra and it’s great to see that we can come back in games like that, and what an experience for the new guys in the team.”

Owsley, who has been back studying at Birmingham before she rejoined her Bisham buddies full-time this summer, added that the weekend had been about putting their actions into place since first coming together as a unit six months ago. 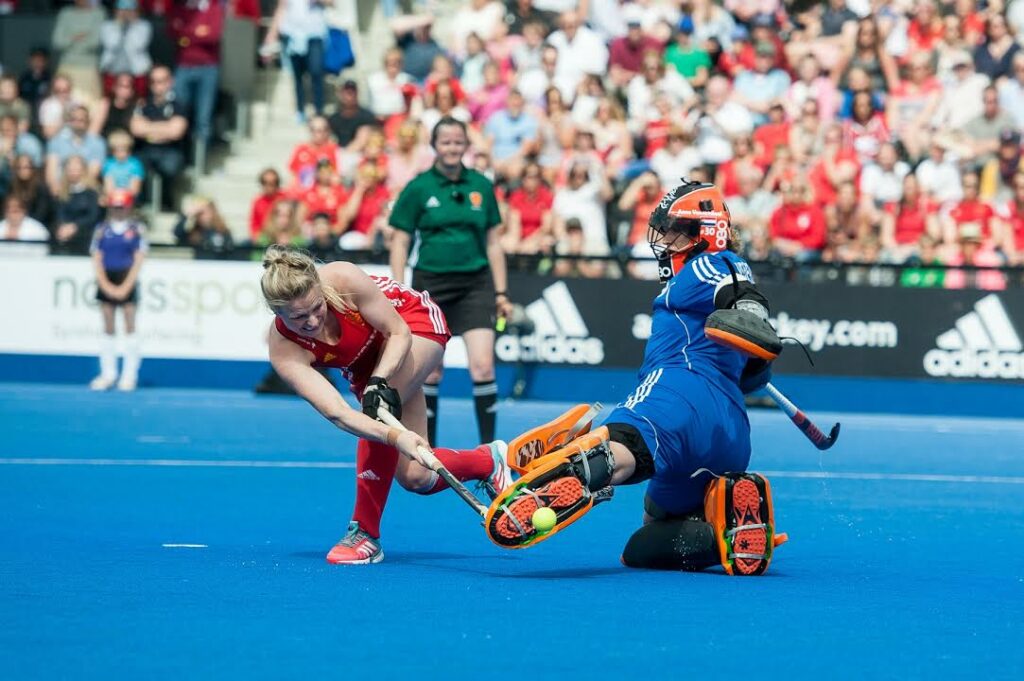 Argentina looked to be one step ahead in that regard, while the Dutch were in the same boat as England. However England’s new caps, as well as the senior players who took time away after Rio, are slowly beginning to gel.

A Test series win over South Africa back in February, a series defeat to Spain last month and two Investec Tests over the weekend – should we be calling them friendlies? – are all part of a wider build-up towards bigger events.

But the manner of this result could yet play its part.

All barring the shoot out, which usually gets the heart racing every time as silence descends from the 23 metre line, but had an edge to it on Sunday which suggested that this was one for the crowd.

And for all the face paints, mass autograph sessions and kids swarming on to the pitch with their sticks after the final hooter had passed, it is crunch time tests like the one facing England on the pitch later this summer which will be remembered.

“For a lot of the girls, it’s the first ever ticketed event they have been to. It’s great to get that done on home soil and we kind of know what to expect when we go to Amsterdam.”

The Oranje on home soil. Revenge time for the Dutch? Now that’s an experience for England’s new recruits to savour.