Time to ask the hard questions in English hockey 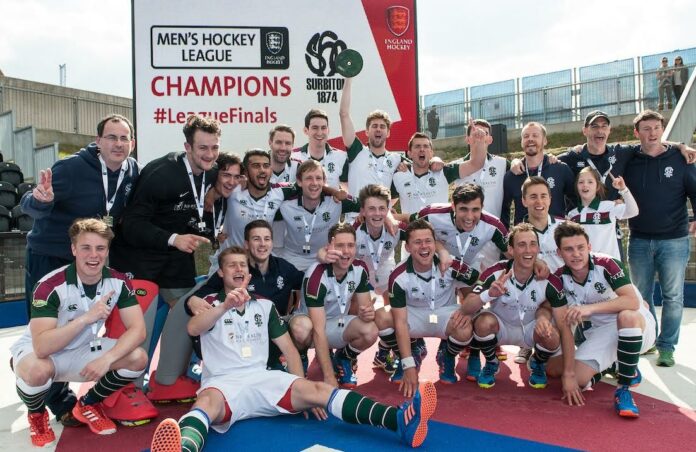 It’s a curious thing to live on an island, which between Tasmania and here, I’ve done for most of my life. Even without Brexit, there is a unique type of independence and detachment in your world when you are surrounded by the sea.

As it happens, I’ve also lived in Perth, statistically one of the most isolated cities in the world, but even the 1300 miles of mostly desert in between Perth from Adelaide doesn’t give the same sense of separation that just thirty miles of English Channel provides.

In sport, the challenge for an island is to set a standard which mixes the good parts of how the game is played everywhere else with some special, unique bits of your own. At the top level, that can hopefully give you a hybrid version that the rest of the world struggles to deal with. The very obvious example of an island (or technically two) doing exactly that is of course New Zealand’s All Blacks.

With a population of not even five million, NZ still produces a rugby team that is head and shoulders above the rest, not to forget that they also boast a phenomenal netball team, excellent cricketers and both men’s and women’s hockey teams that punch well above their weight.

Ignore that challenge however, as I experienced for many years in Tasmania, and you run the risk of closing yourself off from what everyone else is doing and becoming satisfied with what’s happening inside your own coastline. For so many years, I’d come back to Tasmania after being battered at a national championship and see the results brushed under the carpet along with all the hard questions.

Recently though times have changed in my home state, at least in the men’s game, and over the last five years, a state with only 2% of the national population has won and regularly finished in the top three of the AHL, provided several national players and significantly raised the standard of its domestic league.

In comparison, my fear for hockey in England is that it is where things used to be in Tasmania. With the occasional exception, results on the European front are consistently below par and there seems to be a reluctance to raise, let along confront, the hard questions.

Worst all, Tasmania’s woes could always be explained as a consequence of its tiny population compared to the big Australian states. Hockey in England has no such excuse. The game here has as many, if not more players and significantly more government funding than any other country in Europe.

So what are the hard questions? Well, even if you look past Germany and Holland, there surely needs some frank discussion as to why Belgium and now Spain are doing so much better.

Did I just say Spain, the country with far fewer players and barely any funding since they were decimated by the economic crash? Absolutely. In 2016, Spain finished fifth in the men’s competition in Rio whilst their Junior World Cup teams finished an encouraging sixth (men) and fourth (women), some two and three places respectively ahead of England.

At the KO16 round of the EHL, the Dutch and the Germans predictably provided three club teams along with, you guessed it, Spain. The only English flag in Eindhoven was Wimbledon’s, flying alongside the other lone qualifiers from Poland and France.

So, it’s time to stop bluffing ourselves that all is well and grasp the nettle of catching up. One area in particular that causes me concern is in the national junior age groups where there seems to be a compulsion for coaches to continually cast a positive spin on poor results rather than just being honest. If, for example, you’ve conceded seven goals and scored none or one, it’s not, as I’ve read, down to a few unforced errors, some poor defending or a bit mental toughness, it’s about a difference in class.

That’s the honesty that everyone, not just the players, needs to start the process of raising the standards and expectations. Of course it’s critical but it’s the positive, honest focus that this task requires rather than the distraction of a peripheral excuse.

Only then will we create the generations with the desire and ability to close the gap to the teams ahead and then go past them.