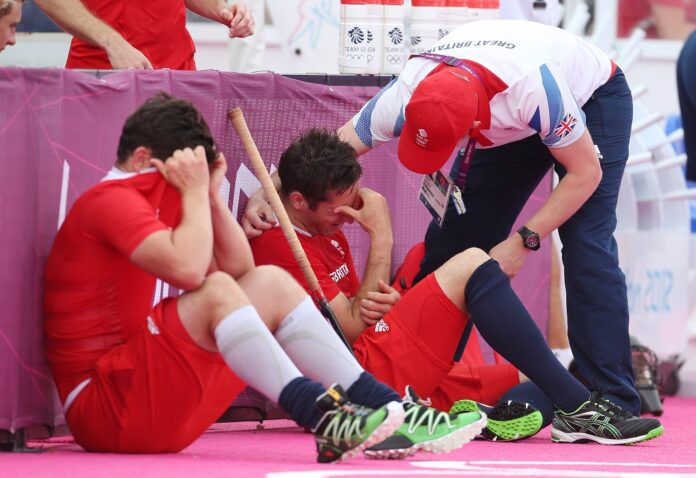 Great Britain and England Hockey have turned to Russell Garcia, a 1988 gold medallis, to revive the men squad’s fortunes following their poor performance at the Rio Olympics.

Garcia will see out the season as head coach at Hamburg’s Club an der Alster, the German Bundesliga side, before starting work alongside Bobby Crutchley as assistant coach at Bisham Abbey.

It is understood that England Hockey had been looking for an English coach, rather than make an overseas appointment. Garcia recently oversaw a training session at Bisham headquarters before mulling the offer over with his family in Germany.

The 46-year-old said: “I have had this desire to work as a coach with the British national team for 20 years but it was never possible until now.

“I’m honoured to have been appointed, and hugely excited to be joining Bobby’s coaching staff.”

Garcia, a highly-gifted player during a lengthy career, was Britain’s youngest Olympic champion – aged 18 – when the men’s side beat Germany at the Seoul Games nearly 30 years ago. He also played at the 1992 and 1996 Olympics and accrued over 300 international caps.

However he was banned for three months in 1999 after taking cocaine at a party. That led to a four-year hiatus from the international fold before a brief return ahead of the 2004 Olympics.

Ed Barney, England Hockey’s performance director, said: “Russell is one of the best men’s players this country has ever seen, and on top of that he brings a new perspective to our coaching offering, underneath Bobby Crutchley.”

While the women’s side – David Ralph has also been appointed assistant coach under Danny Kerry – continue to bask in the glory of Rio gold, the men’s side have a lot to prove following their ninth place finish in Brazil.

They will start their path to Tokyo 2020 when they play in the World League, a World Cup qualifying tournament, in London during June.

He had originally pledged to continue towards Tokyo but decided to initially opt out of the men’s programme, while Crutchley has said that “a door would remain open” for the East Grinstead player.