The Hockey Paper will be back in August 2017!

WE at The Hockey Paper would like to thank every single one of our readers and subscribers for all your support since first hitting the shelves last November.

Feedback has been excellent and we hope that you have enjoyed reading Britain’s only hockey-only newspaper as much as we have producing it.

However, with the regular Premier League season now at an end, The Hockey Paper will be hanging up its sticks for a spring/summer hiatus, ready to return bigger and better than ever on August 16 with a special preview of the EuroHockey Championships in Holland, as well as celebrating one year on from Rio.

Please note that if you have subscribed you will resume receiving the editions in August, as normal.

In the meantime, don’t forget to pick up our sister titles; The Non-League Paper, The Rugby Paper and The Cricket Paper, Racing Ahead and Late Tackle magazine for what promises to be a feast of sporting action over the next four-and-a-half months!

Many thanks again and see you on August 16. 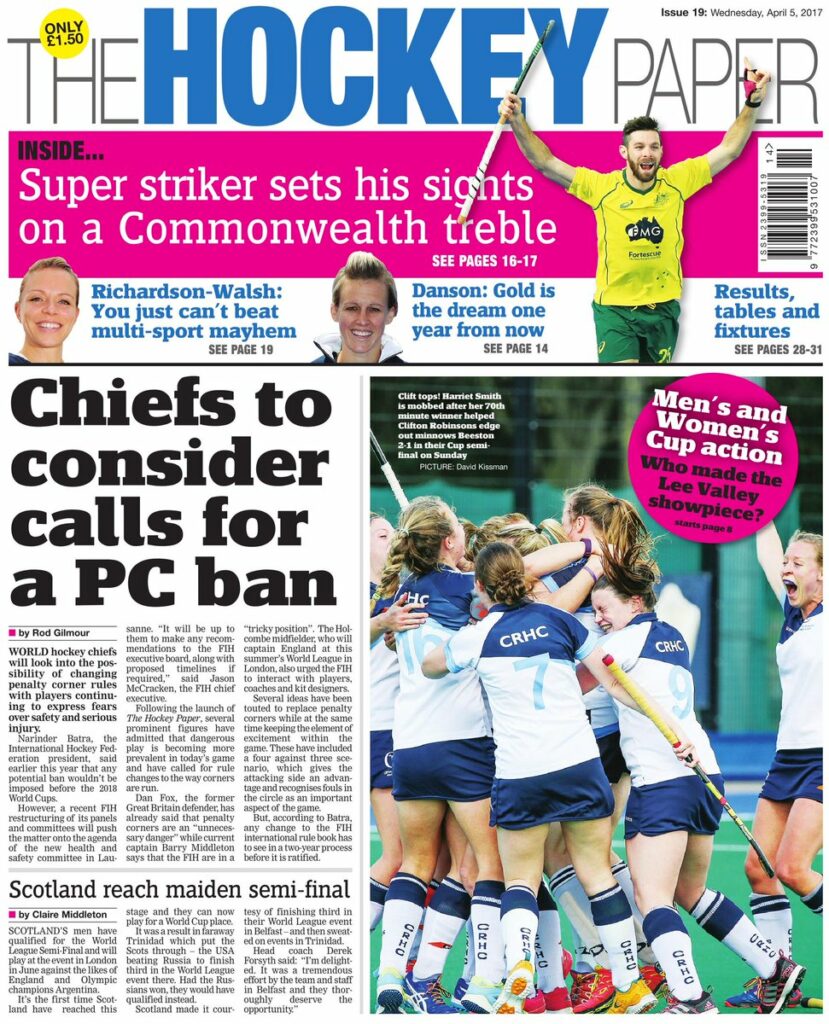