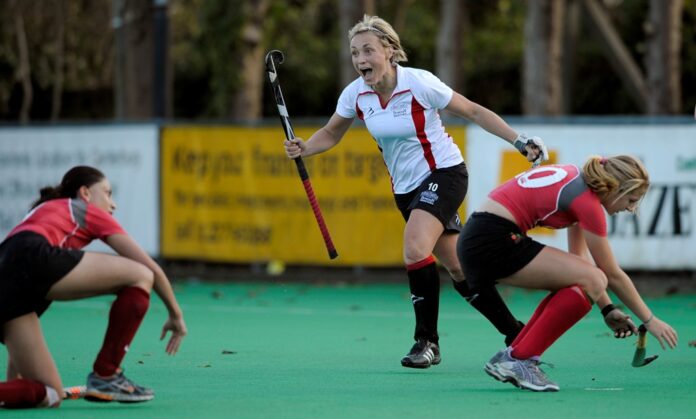 Last weekend’s league results confirm that Bowdon Hightown will have to fight for their place in the Investec Women’s Premier League via the relegation play-offs for a second consecutive season.

Buckingham have already qualified for the relegation play-offs. Wimbledon hold the advantage over Sevenoaks in the East Conference, while Brooklands Poynton and Beeston’s battle for the final North spot going to the wire this weekend.

Wimbledon look like a strong outfit with big ambitions and assuming they make promotion playoffs, I will be surprised if they don’t come up at their first attempt. If that prediction is accurate, it’s anyone’s guess as to which team might grab the other promotion spot.

Buckingham and Beeston have both played Premier League hockey within the last couple of years, while Brooklands Poynton were relegated from the top flight back in 2011. Personally, I hope Bowdon Hightown survive.

The Altrincham club’s proud history includes several domestic honours and European representation, and The Hockey Museum also confirmed to me that they are the only club to have been in the top           division for every season since the inception of the Women’s National League in 1989 (playing as Hightown before merging with the Bowdon Club in 2004).

Of course, Tina Cullen is surely the club’s biggest legend and I’m not convinced that any player – male or female – will manage to outdo her incredible 400 top-flight league goals.

Bowdon is a ‘proper’ club. There’s usually a decent crowd, they run a thriving junior section and have a great bunch of friendly club people. They also serve the league’s best teas and I would be disappointed not to get my annual helping of post-match apple crumble and custard next year!

While it’s the longest away trip for many Premier League sides – with a similar one in store should Brooklands Poynton be promoted – you don’t hear the Bowdon Hightown girls complaining about long roadtrips every other weekend.

More importantly, I think a drive up the M6 is a small price to pay for ensuring that the ‘National Premier League’ lives up to its name.

There is no doubt that GB’s centralised programme has had a big impact on the geographical spread of players across the National League.

Understandably, this hasn’t gone down well with clubs located a long distance from Bisham Abbey but – like it or not – this isn’t something that is going to change in the near future.

That doesn’t change the fact that the presence of at least one Northern club remains crucial for the wider health of English hockey.

Aspiring young players from Manchester, Liverpool, Doncaster and so on need to be able watch and play for a top-level club in the region. Meanwhile, not every good player in the North of England will (or wants to!) be part of a centralised GB squad, but they should have the opportunity to play for a Premier Division club without having to travel 100 miles for a home game.

The potential impact on coaching shouldn’t be forgotten either. There are lots of great coaches working out in the regions who should be able to have a positive impact on the elite end of the sport without having to relocate to the South East.

So will 2017/18 be a 29th consecutive season in the top flight, or will Bowdon Hightown play next season in the North Conference?

Beckie Middleton (nee Herbert) is a former England & GB hockey player, Commonwealth and multiple-European medallist, currently playing for Surbiton. She has an MA in Creative Writing and writes a regular sports blog www.thatinkingfeeling.wordpress.com and can be found on Twitter @inkingfeeling.

*This column originally featured in THP on Wednesday 22nd March.

Share
Facebook
Twitter
WhatsApp
Linkedin
Print
Previous articleNow watch the cream rise back to the top in field hockey
Next articleIrvine column: Hockey must be a sport for all