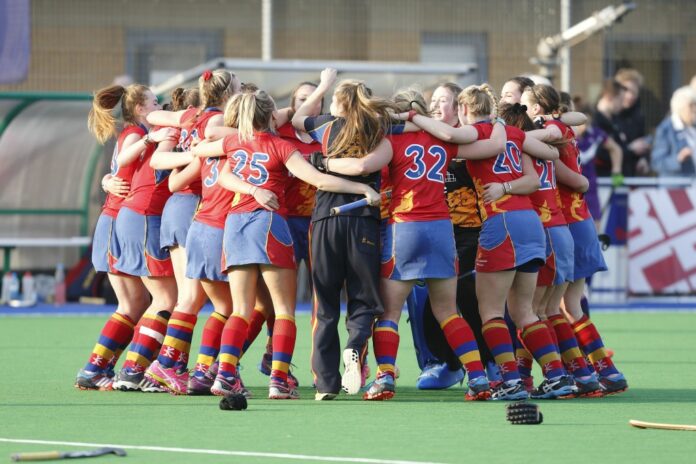 University of Birmingham coach Phil Gooderham believes that rising star Erica Sanders has a “tremendous” future ahead of her and can replicate the success of Rio gold medallist Alex Danson.

Sanders, who made her England debut on the recent South Africa tour, is the Investec women’s Premier Division joint top scorer with 13 and two matches remaining in the season.

The University of Birmingham’s attacking outlook has seen the 19-year-old contribute heavily to Gooderham’s side, while a win against Holcombe at home this weekend will confirm their place in next month’s play-offs for the second year running.

Sanders is taking her chances on the field and if you also like taking your chances, why not check out free online slot machines.

Gooderham said: “They are different players of course but while Alex has the expertise of the deflected penalty corner, Erica has the threat from the top of the circle. Some of Erica’s 3D skills are unique to her and she is a very special talent which sets her apart.

“She can be tremendous. She can be another Alex Danson in terms of her level – but in her own way.”

As Birmingham’s young stars aim to secure their berth at League finals’ weekend at Lee Valley, one of the more obscure statistics was also revealed this week.

The University side has now gone 92 league matches without a 0-0 draw, a unique record stretching back five years to February 2012.

“I am pretty good with my stats but I certainly didn’t know that one,” a stunned Gooderham told The Hockey Paper. “It’s not very often that we don’t score goals and the way we play we are a little susceptible to conceding.

“When I was playing at Cannock, Malcolm Wood would sometimes come into the dressing room and tell us to play a half court game and I often thought ‘Can I go home now then, Woody? It’s not a style I enjoy’.”

Meanwhile, Sanders said that she is relishing the prospect of training alongside Danson when the Clifton forward returns to the international set up at the end of the season.

“It’s so exciting to be part of a squad where several players have already achieved my dream – winning an Olympic Gold medal,” said Sanders.

“I first started club hockey at Beeston and as a 15-year-old I was playing against these star players. I don’t think that you get that in other sports, it is truly inspiring and that is what is so special about hockey.”