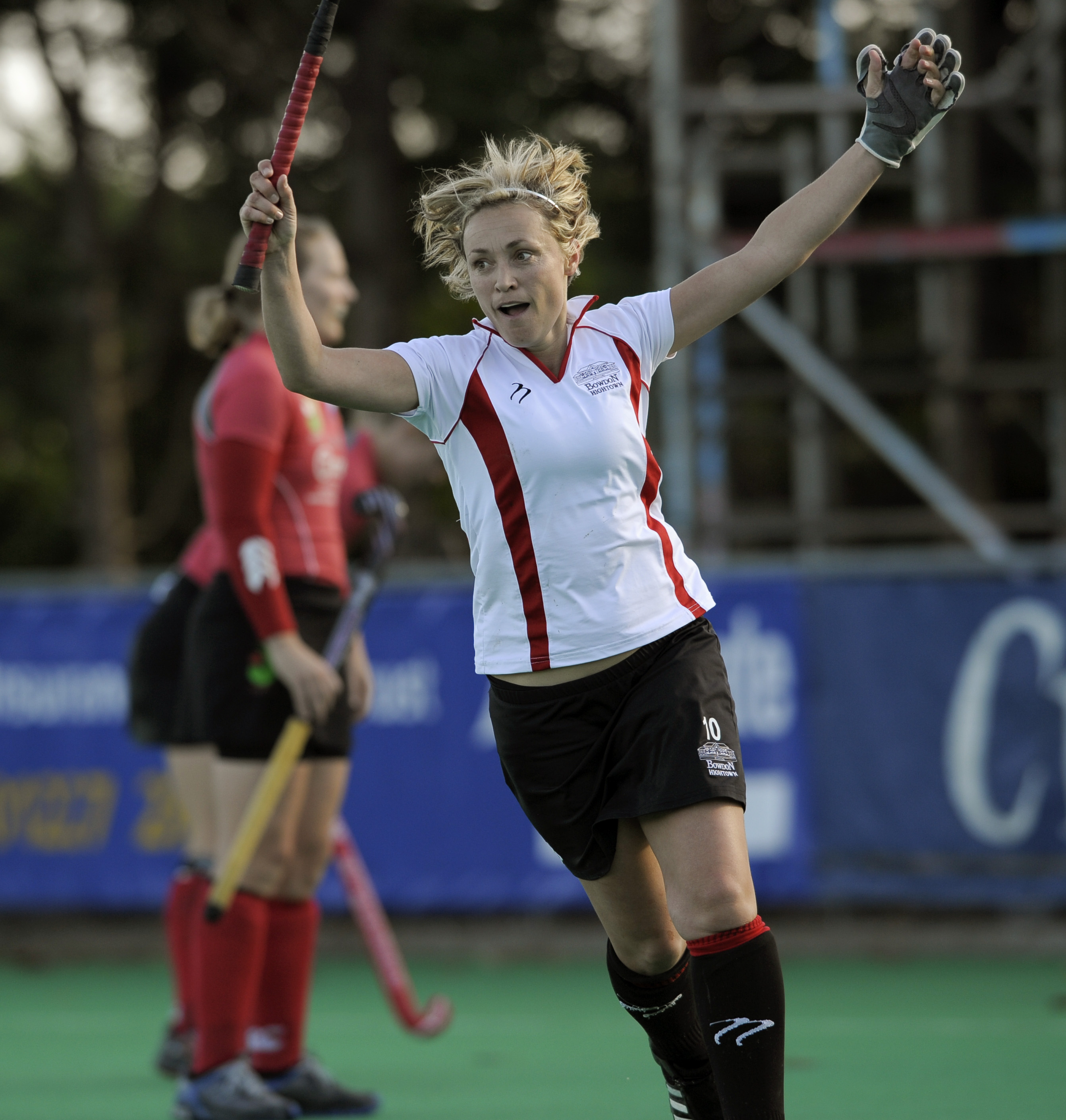 I have to say her because she’s my mate! She had great agility, communication and could read the game. She just had utter belief in what she was doing and you always knew there was a safe pair of hands, or feet, behind you.

This selection speaks for itself really – she’s absolutely incredible at tackling. I played with her at the Olympics when she was only 19 and she stepped in like it was her arena, which was brilliant for someone so young.

Nothing got past Kath, she was another unbelievable tackler. The opposition called her ‘The Wolf’ because they thought she was really scary but she was the nicest person you could ever meet.

Myself and Sally have played together for ten or 15 years now at club level and we went to the European Championships together as well. She’s played different positions but she’s just a class act. We’ve gone back a long time and I’ve got a lot of respect for her.

She’s an absolute stalwart of Bowdon Hightown and a rock at the back. I’ve played so many games with Michelle since she joined the club – she’s so dependable.

Helen is just so composed on the ball. I remember when she was 19 she had the nickname cocky, not because she was cocky but because she was so good. She was an old head on young shoulders. She’s so skilful and somebody that would go the extra mile for the team. She’d never hide and she’d always be there to give the ball to.

She was player-coach when I first came to the club. They used to give a player of the match in the National League and she seemed to win it every single match, she was absolutely brilliant! She has given so much to hockey over the years and as a player, she was fast and unselfish – somebody I really looked up to.

Nicky is a warrior. She plays with her heart on her sleeve and would run through brick walls for the team. She should have got so many more caps for England than she did.

I didn’t get too many caps with Alex but she’s simply a natural goalscorer – she’s always been one of those players who knows exactly where the goal is and how to finish. She’s an absolutely quality player.

I won most of my international caps alongside Jane. She was so reliable and experienced. I really enjoyed playing with her and her international record speaks for itself.

We’re back! Don’t miss out on your subscription-only print copy when we return in March…