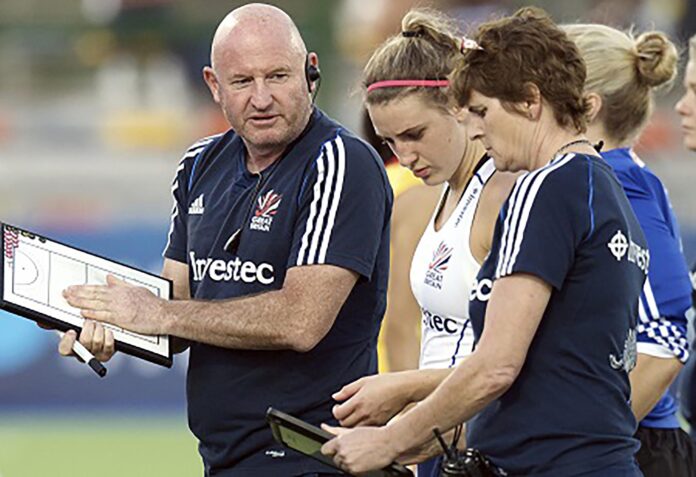 We are losing Karen Brown and Craig Keegan – two key members of our England and Great Britain coaching staff – and although they have decided to leave the programme for the right reasons, I am still very sad to see them go.

It can be tough being a player, and I wouldn’t want it any other way,  but the four-year treadmill of an Olympic cycle is also incredibly hard on the staff.  They get very little of the glory and a lot of the criticism, plus the extensive travel means they are away from family for long periods.

Karen’s contribution to the programme has been amazing because she was the coach who had been there and done it. She had the respect of all of us because she had seen it all as a player and then a coach over six Olympic Games. That’s incredible.

She won a bronze medal in Barcelona in 1992 and I remember her talking to us as a group during the London Games of 2012.

We had just lost our semi-final and were obviously devastated.

She said she had been in that position twice before – in 1992 and 1996 – and how we fared in the bronze medal match to come would depend on what we did between now and tomorrow morning. She said she had got it right once and wrong once (GB were fourth in Atlanta) and that we had the chance to do it right.

I’m glad to say we did it right.

We will miss her because she is so knowledgeable, good fun and great to have in a team. I am not sure how you replace someone like that.

Let’s face it, everybody loves to score a goal so he got to look after the most enjoyable side of the game. He even managed to change our language – from goal shooting, to goal scoring and that helped change our way of thinking, giving us a more attacking mind set. Training with him was always fun.

I know England Hockey are advertising worldwide for an assistant coach and I also recognise that there is always an opportunity to refresh and invigorate. But these two coaches have made massive contributions and we will all miss them.

The team I watched most when I was growing up was Ric Charlesworth’s Australian national side, the Hockeyroos. They were amazing, winning two Olympic titles on the trot and really raising the bar in the women’s game.

So I am honoured to get a mention in his new book as one of the best players in the decade and a half since Sydney – and even more pleased that Kate Richardson-Walsh and the goalie who preceded Maddie Hinch, Beth Storry, actually got into his best XI.

Christa Cullen and I would have made his squad but there have been so many great players over that time that I feel privileged to have made the cut at all.

Ric was my absolute hero growing up and I know he follows both the men’s and women’s game extremely closely.

It’s a testament to the development of the players in Great Britain that so many of us are considered alongside the recent greats of the game.

So the top male players are off to India this week – how great would it be to have something similar in the women’s game?

We’ve lagged behind the men in terms of opportunities to play professionally – there’s no female version of the Hockey India League and even the revamped European club competitions came a while after their male equivalents.

I know men’s hockey in India is incredibly popular so it would be fantastic to run a league for the women, perhaps in Argentina. I know I’d jump at the chance to play.

Never mind the money – six weeks, playing professionally in another country, meeting new people, playing with and against new faces would be incredibly exciting.

Imagine having the best female players in the world competing in a league like that – we just need a venue and a plan to make it visible in terms of media and television.

I played in Holland in 2008-09 and thoroughly enjoyed it. When I started with England there was no chance of being a full-time hockey player, so most of our training was evenings and camps.

When I was in Holland, I think I earned €10,000 for the duration of my contract, playing and doing some junior coaching. It wasn’t the megabucks of the HIL but it was fantastic to think that you could support yourself, get a real life experience and call yourself a professional athlete.

Obviously our centralised programme has made it possible for us to be full-time athletes and playing abroad doesn’t suit everyone.

But for anyone who might just miss out on a central contract, is retiring from the international game or who is on the fringes of the national team, it’s a great way either to start or finish your career as a professional athlete.

So come on Argentina, or even England! Let’s get the ball rolling.