Todd Williams column: Get players better, not the best players 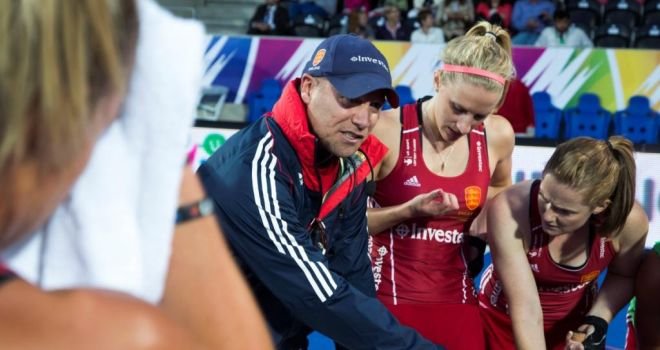 Every edition of The Hockey Paper so far has seen plenty of thoughts on improving the health and future of the two Premier Leagues.

Ian Jennings’ column on top players opting for the financial gain available from lower league teams certainly raised a valid point but to my mind, a much bigger problem than the money in or out of the Premier League is how much busier some coaches seem to be on their phones than the pitch.

Over the past few years, the off-season recruitment merry-go-round has been spinning earlier and faster. In a world gone crazy, anyone that’s been close to an England squad sometime this decade will probably be getting a call from a Premier League club with an offer.

As much as the money has got out of control though, there is at least a limit to it. What there isn’t a limit to, however, is the lengths some coaches and clubs are now going to in the effort to make their squads stronger.

We’ve now seen David Ames being the latest player from the national squad to arrive at Holcombe; yet another great signing for them but spare a thought for the severe dent it’s made to Beeston’s playoff ambitions. The timing reminded me of my first season at Surbiton where a slow first half was lifted with a win against East Grinstead in the last game before Christmas.

Despite putting us in touch with the playoff spots, the lift was flattened when our captain then announced that he was leaving to go to, you guessed it, East Grinstead. I’ll especially remember picking up a voice message from someone I’d never spoken to before called “Phil”, happily telling me that he’d paid off the ex-captain’s fees and, as a cherry on the turnip flavoured ice-cream, adding that he hoped there were “no hard feelings”.

Not surprisingly, you don’t have to look far to find out who the usual suspects are. One coach I know from a well-funded club has put plenty of noses out of joint in recent seasons.

According to players, he’s forever on the phone looking for his next signing and is as happy to tap up the parents of other club’s best juniors as he is to poach team’s international players.

That includes at national squad camps where he should definitely be leaving his club hat at the door.

Things got so bad with this guy that I took the decision to stop playing practice matches against his team as he seemed to view it less like a pre-season game and more like a trip to Bicester Shopping Village.

But, as important as it is to tidy up this sort of behaviour, there is a much more serious impact of a coaches spending the off-season filling their squads from outside on the young players that clubs have a duty to develop.

It is crazy that clubs who spend so much time developing juniors (and, incidentally, are happy to accept the fees from parents for doing so) then limit the very same players prospects with their scattergun recruitment from outside.

Holcombe might tell us that Ames’ signing is great for the “younger members of the squad” but don’t forget one of them now probably won’t be going to EHL if they qualify.

Ian Jennings is right. The Premier League needs to retain as many of the top players as possible and we need to do what we can to promote loyalty.

Money is undoubtedly a problem but that can be offset by coaches putting their phones away and committing more to getting their players better and not just getting the best players.

That will reduce the number of places for players on the merry-go-round and also produce young players who are loyal to their club for the opportunity they have been given.

This article originally appeared in December 21st edition of The Hockey Paper.