Will Sam Quek continue to play hockey – or will the lure of television prove too much?

So Sam Quek has finished her three-week sojourn in the Australian jungle. After being treated to a luxury dinner of kangaroo’s tail and chocolate cake on her last night in camp, the Wirral Olympian finished fourth in I’m A Celebrity.

The least experienced of the campmates – in terms of ‘to camera’ nous – Quek performed to her natural self and was feted, amongst others, by numbers guru Carol Vorderman, who wanted the defender to be crowned Queen of the Jungle. “She wanted to represent hockey,” said Vorderman.

Quek also wanted to show that “sport is cool” and put “hockey on the map and inspire girls and boys”.

That she has done already in Rio, while she has certainly helped to promote the sport back here over the last three weeks without even lifting a stick.

But once Quek looks at her bank account and wades through the offers that are likely to come her way, the question now is whether the gold medallist has the hunger to reach Tokyo 2020. 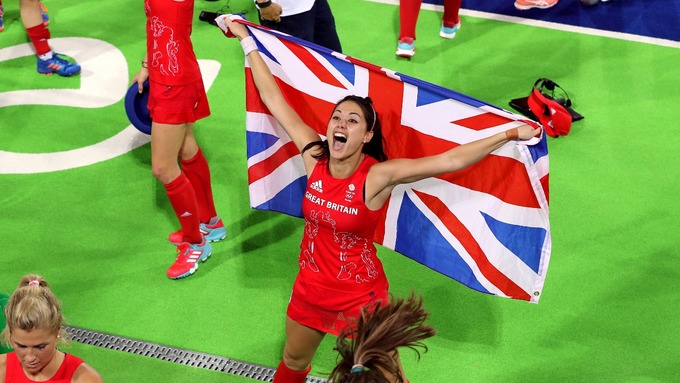 Her boyfriend, Thomas Mairs, told The Hockey Paper last month that she has still to assess her hockey future. If she does end her career for a potential future in television or broadcasting, we will likely see less of her as she begins that winding road.

But if Quek is to inspire a future generation of players, then playing and promoting the game in the next Olympic cycle is surely the way forward.

It is far from certain whether Quek will even be back playing this season. She will be far from match-ready for the second half of the season. But by returning to the game, she will keep interest in the sport alive, especially with those who are new to the sport and who have yet to see her play in the UK.

The 28-year-old has competed in ‘Fright Night at the Museum’ and worn red trousers for the last three weeks. Let’s hope she doesn’t become a Rio relic (a golden one at that) and dons the red shirt once more after what she has achieved.

After finishing seventh, Craig Keegan, coach of the England under-21 women’s side, tells us this week that they must compete against more non-European sides before the next Junior World Cup. With the likes of USA, Japan and China improving year-on-year, this would seem a logical idea.

Keegan took the second youngest team in the competition to Chile. Global experience would put them in further good stead for what looks like a promising batch of players.

Share
Facebook
Twitter
WhatsApp
Linkedin
Print
Previous articleWhat have the Great Britain women hockey stars been up to since Rio Olympics?
Next articleClub Spotlight: Find your game at Guildford HC