Home Features What have the Great Britain women hockey stars been up to since... 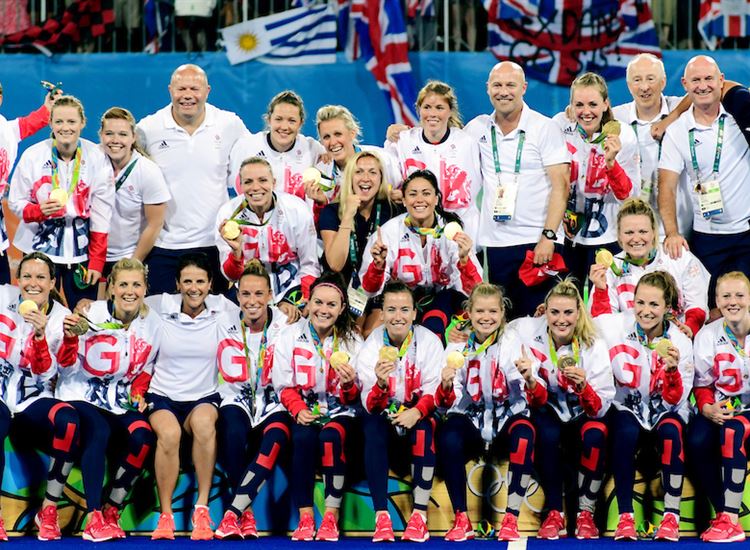 Our Rio golden girls have been here, there and everywhere since landing back in the UK. With Team GB up for the team award at the BBC’s Sports Personality of the Year on Sunday night, Rod Gilmour guides you through what our stars have been up to.

Maddie Hinch, 28One of the faces of Rio 2016 thanks to her shoot out saves, resulting in her joining a management agency. She plays her club hockey for new side SCHC in the Dutch league. Was touted to appear on ITV’s I’m a Celebrity, but has since let her gloves do the talking as SCHC sit second in the league.

Hollie Webb, 26The defender who hit GB’s last golden strike before memorably going airborne has remained grounded on her return. Attended a plethora of school and club visits with returning to work at Defra, the environment agency. Has received the freedom of Amber Valley and joined Strictly Come Dancing’s Children in Need special.

Laura Unsworth, 28Classy defender returned to East Grinstead action in early October with little fitness under her belt. Not surprising given her full diary of master classes and school visits. Meanwhile her home train station, Sutton Coldfield, has installed a golden destination sign on the platform in her honour.

Crista Cullen, 31Recently signed for Wimbledon, Cullen is unlikely to return for the Rio cycle after claiming a personal high after coming out of retirement last year to fulfill her dream of more medal glory. Returned to Kenya soon after Rio to undertake charity duties before doing the same in the UK ahead of the Olympic parades.

Hannah Macleod, 32The Cambridgeshire midfield maestro – Dr Macleod if you must – has undertaken several speaking engagements, including SportsAid and Women’s Sports Week. Is the co-founder of A Word On Nutrition, a web and consultancy company, and is likely to opt out of the Tokyo cycle and retire from international hockey.

Georgie Twigg, 26Lives in London with partner and fellow Olympian Iain Lewers. Started her law training contract at Bird & Bird in September – albeit a week after her fresher colleagues. The Surbiton midfield star has yet to announce if she will stay in the international fold.

Helen Richardson-Walsh, 35Finally ended her international career with gold after a prolific career in GB and England colours was so nearly ended by injuries. In the throes of completing a psychology degree and will look to develop her skills at new Dutch club Bloemendaal through business contacts when she returns in the New Year.

Shona McCallin, 24Has found time for two holidays after a raft of presentation evenings, school and hockey club visits on return from Brazil. The forward, the last centrally contracted player to play abroad in the Rio cycle, is currently recuperating from injury before returning to Holcombe.

Nicola White, 28The Oldham hero became the 24th freeman of the borough following the council green light. Has attended well over 50 school visits and counting in the region, filmed a piece with Manchester United and completed a Tough Mudder less than a month after her golden exertions. Assessing international career.

Kate Richardson-Walsh, 36The GB and England captain since 2003, the Mancunian signed off her international career in the best possible manner. Aims to give experience to new side Bloemendaal and start the long road into a coaching career. Her career has of course been recognised after being shortlisted for Sports Personality of the year.

Susannah Townsend, 27The attack-minded midfielder was dealt a blow in October when she revealed that she would require surgery and nine months out of the game due to a cartilage problem in her left knee. Had left Canterbury for a stint playing in Belgium for Ghent side La Gantoise and is now firmly back on the rehab trail.

Sam Quek, 28The jungle star has undertaken more TV shoots than hockey shoot outs since landing back in the UK – and why not? From NFL to BBC 5Live, Quek has made use of the team’s success. Has aims to be a promotional tool for Liverpool’s bid to host the 2026 Commonwealth Games, but will she even be on the plane to Tokyo first?

Alex Danson, 31One of the fittest players still around, the goal hungry forward has seemingly every intention of making the Tokyo Olympic squad. Has signed for Clifton Robinsons following her plentiful after-Rio work and could be the ideal candidate to captain the side too.

Giselle Ansley, 24The Surbiton defender gave back to hockey with a host of appearances in the West Country thanks to her South Devon roots. Has time on her side to become an experienced member of the squad – and could step up to penalty corner duties following her blistering start this season for ‘The Invincibles’.

Sophie Bray, 26The gifted forward has swapped East Grinstead for Kampong after an impressive performance in Rio and went straight into action for a second spell in Holland when the Dutch league kicked off. Will be a force to contend with in the next four years.

Lily Owsley, 21The former FIH world young player of the year and youngest member of the GB women’s squad has banked a wealth of experience since the 2014 World Cup. Following a trip to Kenya, she returned to University of Birmingham to continue her sports science degree. A future mainstay.

The GB squad will always maintain that gold was down to the 31 centrally contracted players – and more so for the three travelling reserves, who also played than invaluable part in Rio.

Ellie Watton, 27 Admitted to ‘bittersweet’ selection to Rio, but ultimately tasted sweet success with the team and has started life at her new club, Holcombe, in cracking form.

Joie Leigh, 23Endured agony on the road to Rio after withdrawing from the 2015 title-winning Euro squad with suspected appendicitis. Given the confidence to return, has world-class qualities up front.

Kirsty Mackay, 30Reserve to Hinch as GB and England’s second-choice goalkeeper. The number one’s form will keep the East Grinstead stopper at bay for a while yet.