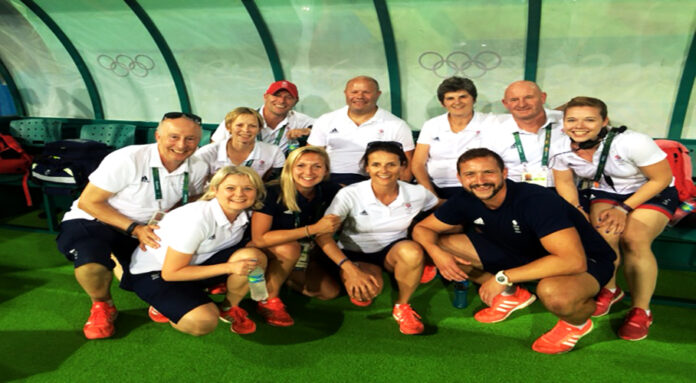 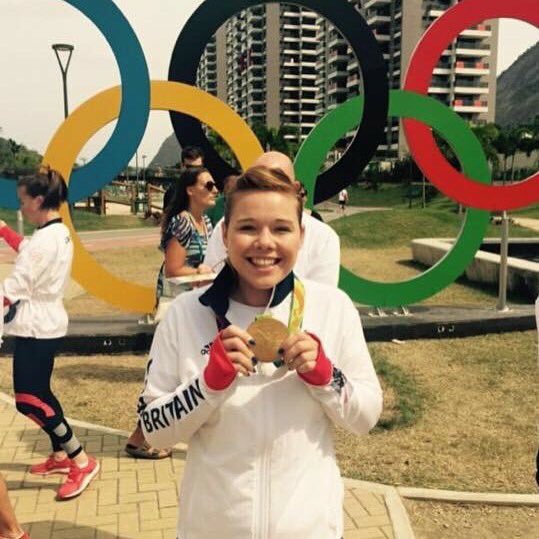 Kate Richardson-Walsh has commended her “insane” hours. Lily Owsley calls her “The Consolidator” and believes the team “owes so much to her”. Maddie Hinch even admits that the would be “pretty lost” without her services.

Scan the press cuttings in the gilded aftermath of Rio and the name Amber Luzar is nowhere to be seen. But while the players gained the plaudits, Luzar is seen as an integral part of Team GB’s win, her tireless work coming from within the video booth and up in the camera tower at the squad’s Bisham Abbey training facilities.

Luzar joined the England and GB set-up in 2014 from Reading FC. She is seen as a beacon in her field and is one of the few female video analysts who has worked in top-flight football.

She was at the Berkshire side for two years and was initially looking for another football club. As she says: “To kick on and see how they did things differently.”

Luzar had no hockey background and no intention of moving into the sport but, off the cuff, she landed the role and picked up the quirks of the job quickly. “It’s surprisingly similar to football, though hockey is an awful lot faster,” she says.

Only in the job for a matter of weeks, she was encouraged by coach Danny Kerry to use her data creativity.

Luzar, who calls herself a “baby-faced 28-year-old”, noticed that most   teams primarily played down the right hand side of the pitch. Conversely, the top sides were more evenly distributed across the channels. 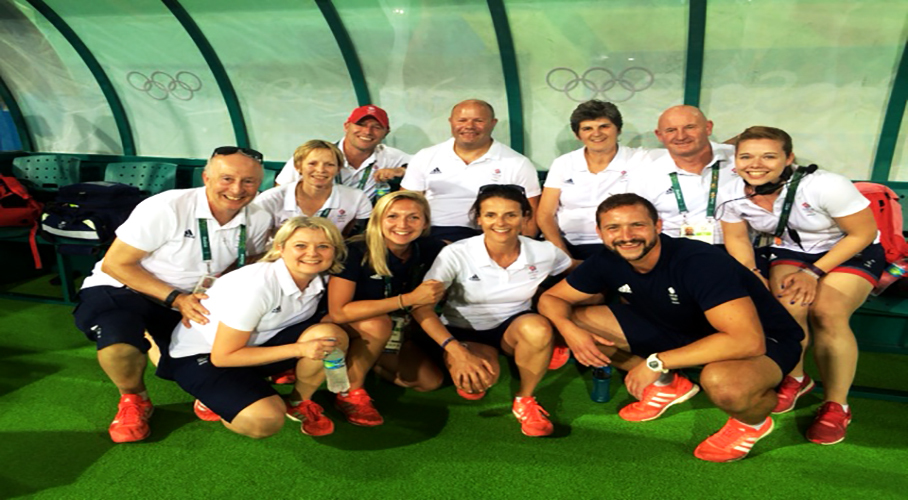 Teams such as Holland and Australia, she also noted, would penetrate the circle a lot more by going through the gut of the team straight down the middle.

She admits: “I wasn’t necessarily looking for it but it’s something that became quite obvious by the time I crunched the numbers.”

It is no surprise, then, to learn that she is marked out as the “most intelligent” player when she turns out for Ashford Town Ladies FC in the Greater London Women’s Football League.

In her day job, Luzar has recorded so many training sessions and logged a plethora of international matches, that she sees hockey as naturally counter-attacking.

Hockey and football, though, are still entwined. The quick-passing movements seen in the mesmeric Dutch side’s Total Football of the 1970s was a nod to hockey’s own game. Fast forward to the present day and former Manchester United coach Louis van Gaal even employed two former hockey players as his video analysts.

There is, says Luzar, a massive relationship between coaches and analysts. “You have to really hone in on what your philosophy is as a team,” she says. “In football, the sky’s the limit.”

She was one of only two female analysts working in the Premier League – both of whom were at Reading. “They were a club with a very modern outlook,” she says. “I was very fortunate to have worked with coaching staff and managers who had that view. But it is still a big uphill battle for women in that environment which is why there are still very few working at the top level.”

Luzar’s experiences have helped her to be an important decision-maker for Kerry and his coaching staff.

She is viewed as a key addition in meetings while during games, a live feed means that Luzar can send live stats and clips to the bench, and heat maps where the opposition are losing the ball.

As well as video logging, she also compiles dossiers for every player on key opponents. Two weeks before Rio, Hinch asked for all the corners and shoot-outs for all the teams over the last few years. Later that day, it had been sent to her laptop, with the goalkeeper admitting that it would take four hours perusing research for two teams.

“The power of video is huge,” says Hinch. “I am a visual learner. Without that, yes, you can get feedback but unless you can see it, it is hard to make gains moving forward. Without her we would be pretty lost.”

Luzar adds that she can’t take any credit away from Hinch following her double shoot out heroics against the Dutch. “She is fantastic. I can compile as much footage as I want, but it’s entirely down to the players.

“Every single athlete we have is incredible. On paper it feels like I should say that, but they couldn’t be any more genuine. They all do their homework. They all want to progress and learn.

“There is such a good culture and on the back of that, it made me want to go that extra mile. That’s the culture that has been created over a long period of time.”

So, will she be swayed as to which of the two sports she prefers, two years into her job?

“Hockey is massively impressive,” she admits.

“But I’m going to sit on the fence on this one!”

This article featured in a previous Hockey Paper edition