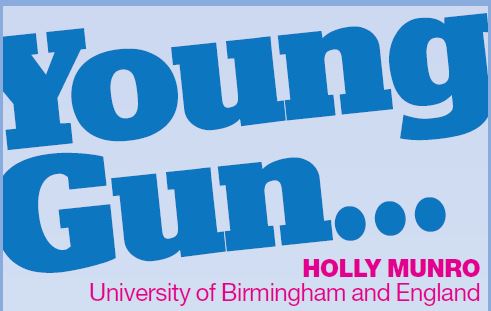 After hanging up the football boots at the age of 11, never in her wildest dreams would Holly Munro have thought she would now be sporting the Three Lions on the hockey pitch.

Less than ten years after making the change from real grass to artificial, Munro is jetting off to Chile to represent the England under-21 women at the Hockey Junior World Cup in Santiago.

An amazing feat considering an 11-year-old Munro had never picked up a hockey stick before her first session at Richmond Hockey Club.

Since that fateful day when she was taken along to Richmond by her mother, Lucy, a hockey enthusiast herself, Munro has proved she is quite the natural and has gone from strength to strength in her already successful career.

“My mum used to play hockey so she persuaded me to do a session at Richmond where I started as a player,” said the 18-year-old, who is one of just 100 talented young athletes in the country to benefit from being part of the SSE Next Generation programme. 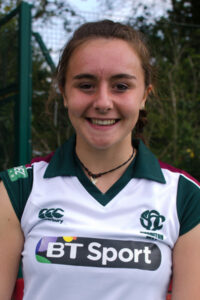 d the first session and it all snowballed really. I stayed at Richmond for a few years after and then moved to Surbiton Hockey Club where I played in the first XI for two seasons.”

The time Munro spent at Surbiton was a learning curve for the budding hockey star, but one that proved to be fruitful.

In her first year, she played in a star-studded side that went unbeaten throughout the 2014-2015 season – claiming the double in both the Investec Women’s Hockey League and Cup in the process.

“I’ve been really lucky to play with top-class athletes. At Surbiton I was privileged to play with Giselle Ansley, Hollie Webb and Georgie Twigg who were all in the Team GB squad that won gold in Rio,” she added.

Playing in such an illustrious team and learning from some of the best in the business, it was no surprise that Munro was called up to the England under-16 squad during that season. She has since represented England at every level to under-21.

Alongside her club and country endeavours while at Surbiton, Munro also heaped praise on her time at Kingston Grammar School, which had a helping hand in moulding her into the player she is today.

This was not an easy process, though. Balancing school studies with her new-found elite athlete status did not come without its difficulties.

“The school massively nurtured my hockey, they are well known for being really strong in that sort of field and the support I got from them was incredible,” said the European under-18 bronze medallist.

“Being an elite athlete at school was really hard, in a way it’s harder than being at university because you are there full-time and travelling longer distances, but I was massively lucky to get the support from Kingston.”

The England prodigy is in her first year studying psychology at the University of Birmingham and plays her club hockey for the university too – a side who boast a staggering nine members of head coach Craig Keegan’s England under-21 squad who will face home side Chile, Australia and South Africa in Pool C, next month.

“I’ve never been to South America before and so I’m very excited. I’m just desperate to be out there,” she added.

l SSE’s Next Generation programme partners with SportsAid to provide financial support and training to the sports stars of the future. Keep up to date with the latest @SSENextGen.