Alex Danson column: There’s no me in my idea of team 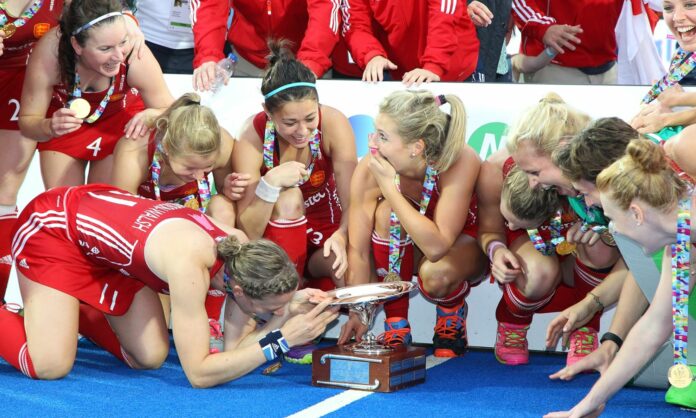 Life since Rio has been something of a whirlwind. We had planned methodically and done everything we could do to be ready physically and tactically. Internally every one of the squad of 31 thought we could win gold, we had that sort of belief. But the reality has been so strange and sometimes I still can’t believe it’s true. It won’t sink in with me for a while yet.

I had planned to go back to work, for the Youth Sports Trust – which I love – and do a few other bits and pieces, because before we left I felt that wherever we finished, on the podium or not, I would be proud of the culture and team we had created.

Because of our social media blackout during the Games, we were completely unprepared for the reception we received coming home and I am so pleased that every single player signed up for Hockey Fest, an England Hockey initiative where clubs open their doors to new and existing players.

I think every member of the squad has gone back to their school and their first club and these few weeks have been amazing. We didn’t expect nine million people to be watching the final, we just wanted to grow the game and behave like role models.

People have asked me all the time: “How did you do it, what’s the secret?” So here goes.

What we did sounds simple – we had a set of values:

All our training was geared around these principles – determination, always contributing (on and off the pitch) and remembering that everyone’s role in the team is equally important. Someone may score the goal, but it might not have happened had another player not created the space, or made a tackle.

There were 31 players in the squad and not all of them went to Rio – but all of them have taken part in Hockey Fest. Those who weren’t picked, but are still doing the rounds promoting the sport, are the unsung heroes. Also, gold medals are not won in two weeks so I believe that every player who has played for their country or been involved over the years has played a part. We were just the lucky ones who got to stand on the podium.

Take the World Cup, two years previously. We finished 11th because we made a bad start and never managed to get any momentum – exactly the opposite to what happened in Rio. What was really important back in 2014 was that we took responsibility individually and collectively and realised that maybe we had started to let standards slip.  It probably wasn’t much, just small things but sport is so cut-throat that small things add up. We started to speak to each other, but also to look at ourselves first. As a player, always ask yourself: “What could I do better for the team?”

Basically, each one of us became accountable and everybody bought into it because we were also supportive of each other.

Everybody is part of a team at some point in their lives. If you play sport, you’re part of a team, also at school or at work. To succeed, everyone’s job needs to be seen as of equal importance, everyone needs to know what job everyone else is expected to do – and, obviously, everyone must try to do their own job to the best of their ability.

Our vision was to be inspiring, be the difference and to create history. It has been a memorable journey, but I think we did all three.