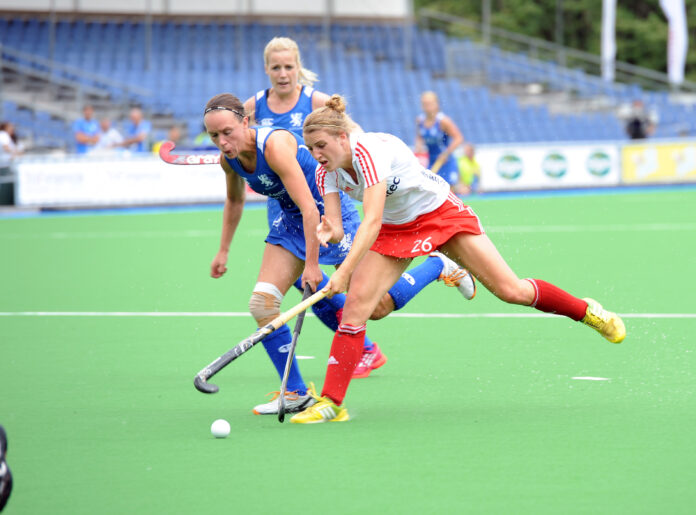 Wednesday’s England versus Scotland game (9am) is an effective quarter-final in the Commonwealth games women’s hockey competition following results in Glasgow on Monday..

The two countries are tied on six points in second place in pool B with Australia having already won the pool having completed their four games with four wins.

England, however, lead Scotland on goal difference meaning a draw tomorrow would see the southerners go through and play, most  likely New Zealand in Friday’s semi-finals.

England midfielder Georgie Twigg believes the side can take positives from yesterday’s 3-0 defeat to Australia into the Scotland game.

“If we can go in against Scotland and produce a performance like that then that would just be brilliant,” said the 23-year-old. “We could have done with getting a few more corners today, against Malaysia they were working really well, and Australia were defending well with numbers so we need to open that up and get off some more shots against Scotland.”

Recent form favours England but the games have been close. The home side were 2-1 winners in the Investec London Cup on July 12. There last encounter in a major tournament produced the same score in what was a tense game in the EuroHockey Nations Championship in Belgium on August 20, 2013.

Scotland will be hoping the home crowd and the home stadium will tip the balance in their favour. England have endured a torrid 2014 with a dreadful 11th place finish in the World Cup in June shattering their confidence and costing coach Jason Lee. They have looked fragile at times in Glasgow and Scotland will be looking to impose themselves early.

On Monday, England loss to Australia opened up a gap over Scotland in goal difference – the hosts having lost 9-0 to the Hockeyroos on Friday.

Scotland produced a disjointed 2-0 win over Wales with goals from Ali Bell and Linda Clement, both in the first half.

Over in pool A, New Zealand inflicted the first defeat of Glasgow 2014 on South Africa. The Black Sticks now top the pool and look likely winners with only Canada left to play tomorrow. India need to defeat South Africa by two clear goals to seal second spot and that vital semi-final place.