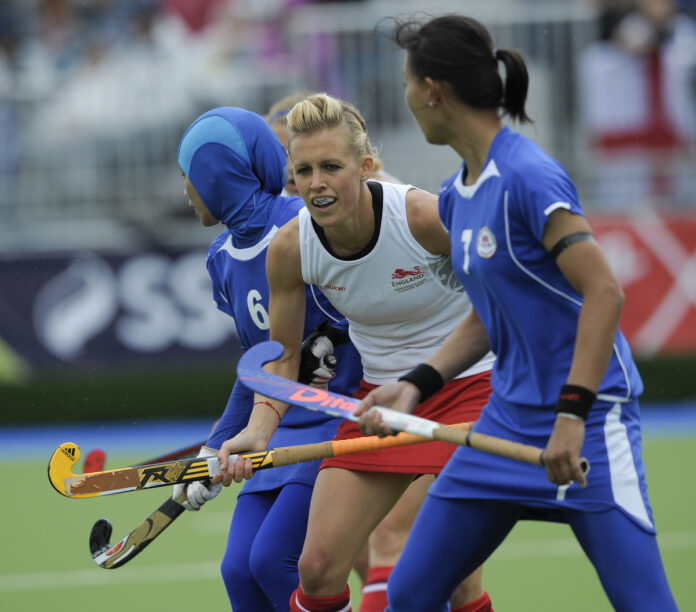 Team England’s women’s hockey team maintained their unbeaten start at the Commonwealth Games in Glasgow with a 5-0 win over Malaysia.

The real test comes on Monday against Australia, runners-up at the recent World Cup in Holland. They have scored 22 goals without response in their three games here.

After Malaysia’s initial stubborn resistance, Ellie Watton broke their resolve, steering home a penalty corner in the 18th minute. But for all England’s domination of possession, they didn’t double their advantage until Giselle Ansley swept home a penalty corner on the stroke of half-time.

Malaysian keeper Farah Ayuni Yahya did her best to keep the score line respectable until second half strikes from Sophie Bray, Alex Danson and Hollie Webb completed the win with England keeper Maddie Hinch only called into action a couple of times across the 70 minutes.

Georgie Twigg watched the game from the bench as she continues to recover from the groin injury she received against Wales.

England captain Kate Richardson-Walsh said: “Tournament hockey is about building momentum and on the back of the summer we’ve had so far, it’s key we got a couple of good wins under our belts. I’m just looking forward to Australia now. They’ve had a fantastic couple of years and they look like the Hockeyroos from the early part of my career when they were on top of the world. We go in as underdogs but we believe in ourselves and we can beat them.”