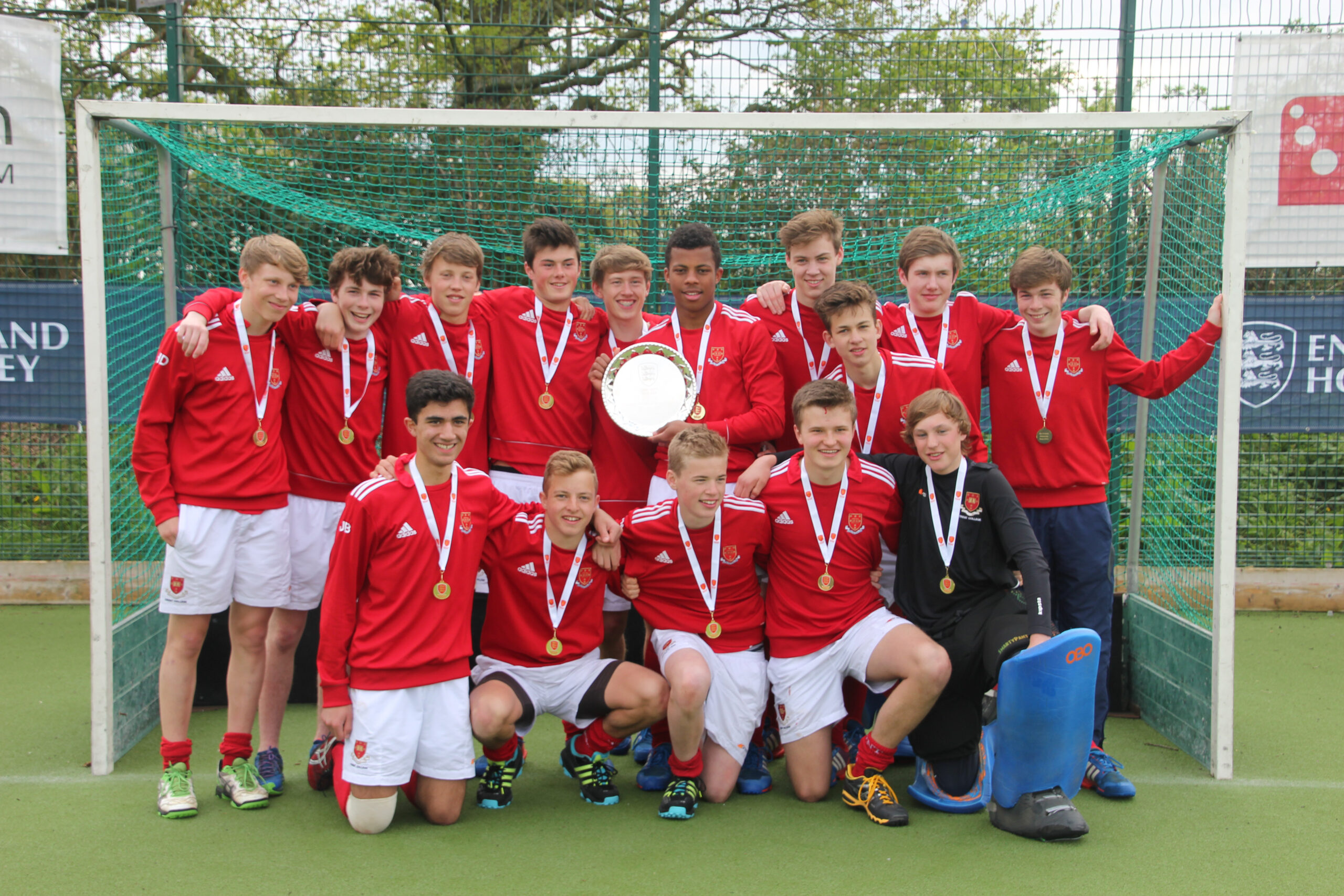 Trent College’s U16 national schools’ title in 2013-14 was partly the product of a thriving link with their local club – national premier division champions Beeston.

Two of Trent’s U16 XI were also in the Beeston first team squad, while several of the boys were in the Beeston club U16 side that also won a national championship this year.

Trent’s head of hockey Mark Wadsley is another Beeston link – he is a key member of the club’s premier division and Euro Hockey League sides. Wadsley sees the link as being beneficial to both club and school.

“It is fantastic for the school,” he says. “At Sunday morning training for the junior colts, there are plenty of Trent pupils there and they are getting good coaching on a good water-based pitch which is important.

“At the top end, with Matt Taylor now in charge of the whole club [as director of hockey] and coaching the first team, we have had many meetings about the best way to develop players.

“One of the things we did this year was to have the young players training with the first team more often on the boys side. Having 15-18-year olds training alongside the first team has really developed our players.

“Technique-wise, playing at a higher level with better players just makes you better and sharper.”

The injection of some of the younger players into training has also helped the champion club with many of their side tied up with the demands of England training.

“It worked well because all the centralised boys haven’t been training as much,” Wadsley continued. “So it freshened up training and increased the numbers.

“This year the club has really pushed the youth side. That has made a big difference to Trent and we want that to continue.”

Trent pupils Josh Pavis and Sam Apoola both played for England U16 this Easter and both were part of Beeston’s national league squad during the season.

First teamer Chris Proctor is another Trent/Beeston success story having played through the age-groups and in the U21 World Cup last December.

The experience of winning the U16 national club championships with Beeston also helped many of the Trent side in a tense schools final – won 1-0 against local rivals Repton – a fortnight later.

“Having that experience there and knowing what it takes to win, made a difference,” Wadsley said.

“That was the fifth time we played Repton this year – county round, school fixture, Midlands in our group, Midlands finals and then national final.

“We have beaten them every time this year so we thought it was our year this year.

“It was a nervy final. We put in one corner and they created some good chances near the end. But I felt it was our time to win.

“Sam Apoola was part of our Beeston squad that played in the play-off finals. He didn’t get on in the actual final but he was there when we beat East Grinstead.

“He had a fantastic four weeks – he was part of a squad that won the league, he won the club U16 national and school U16 nationals. I told him, that much success may not happen all at once again, but I’m not sure he realises just how fortunate he is.

“I am also involved in coaching at Beeston on the women’s side and we also have good girls’ links with Belper and Loughborough. We encourage our pupils to go to clubs as much as they can.”