England to play for bronze in the Euro Hockey U21s 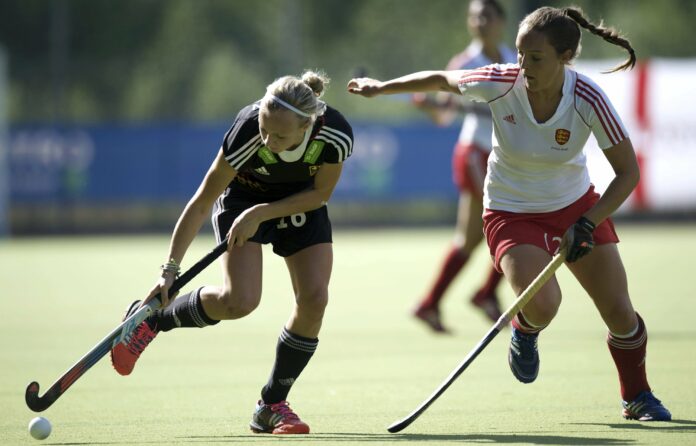 England u21 women will battle for the bronze medal on Saturday after narrowly losing to Germany 2-1 in the first semi final at the EuroHockey Junior Nations Championship in Belgium on Thursday afternoon.

After conceding two early goals, England hit back to pressure their rivals well, and halved the deficit shortly after half time through Emily Defroand. But they couldn’t break through some strong defending from the Germanys and will now face either the Netherlands or Spain on Saturday afternoon (12.30pm UK time).

“We struggled in the first half with our technical execution in key areas of the pitch and finding ourselves 2-0 down was disappointing,” said England coach Kevin Johnson.

“However, the passion and determination put things right in the second half and enabled us to get a foothold in the game, and as the quality improved we pushed a strong German team to the very end. We will need to show all of these qualities in the upcoming bronze medal match.”

Germany got off the mark through Sabine Knuepfer after just two minutes when she intercepted a pass from a free hit, and they made it two-nil with Selin Oruz scoring from the rebound at a penalty corner.

England steadily fought back into the game in terms of possession and skill, and Birmingham University player Emily Defroand scored on 41 minutes after Rebekah Walker had won the ball well in the England half and fed down the right to Hannah Martin, whose shot was rebounded out to Defroand.

England took their goalkeeper off for the final seven minutes as they searched for an equaliser but it didn’t come, and a late yellow card limited their attacking potency.