England hammer France to set up Euro U21 semi-final 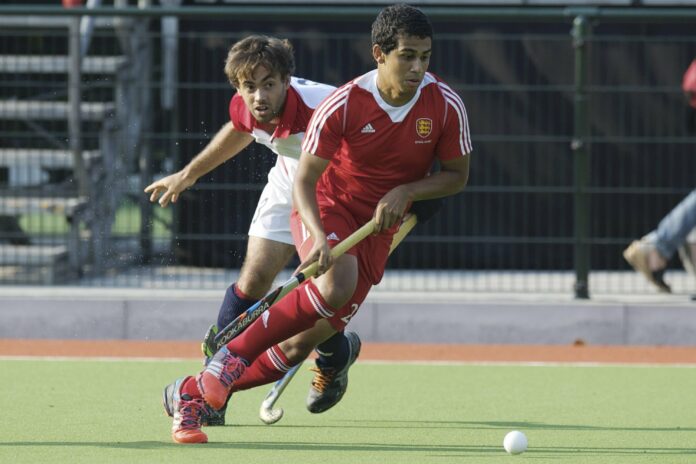 England U21 men smashed seven goals past France to win their pool and set up a EuroHockey U21 against the Netherlands on Friday.

England once again showed their dangerous attacking play once again on Wednesday night and kept their second clean sheet of the tournament.

France were soon under pressure  and the breakthrough came after 15 minutes with Rob Farrington bursting forward before unleashing a reverse stick shot beyond the French keeper.

On 28 minutes, James Alberry converted a Ben Boon cross to double the advantage and David Goodfield made it three on 34 minutes, his shot from a short corner deflecting in off a defender.

England maintained their high energy levels going into the second half and it only took three minutes of the restart for them to make it four as a Jonny Gall cross was touched in by Ben Boon.

Ed Horler scored the fifth from a corner on 43 minutes, his low hard shot finding the net. Jonty Griffiths found the bottom right corner to make it six on 58 minutes and in the final minute of the game, Sam French capped off a sterling team performance with another goal from a penalty corner.

Coach Jon Bleby said: “I’m proud of the performance, in particular the effort levels the lads showed in the game. We feel we can do better and there is more to come.

We are certainly going to work hard between now and the semi-final on Friday to make sure that we’re ready again.”

England play Holland at 4.30pm (UK time) in Waterloo, Belgium. The other semi-final is between Germany and Belgium.