There is a sense you are part of a greater team: Wales hockey’s Huw Jones 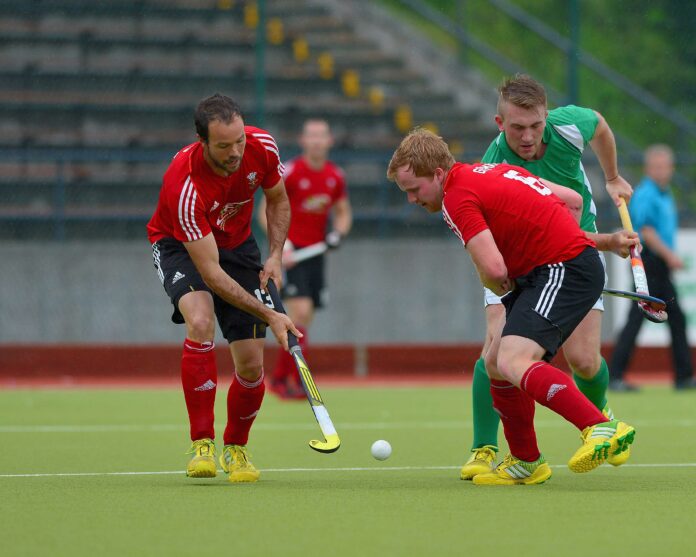 Wales men return to Commonwealth Games hockey in Glasgow after a long 12-year break. Huw Jones, now 33, is the sole survivor of that 2002 squad who will be playing in Glasgow, although his brother Zach – another 2002 veteran – now coaches Wales.

We caught up with the midfielder to talk about the experience of a Commonwealth Games close to home and to get an update of the current state of play of hockey in the nation.

You’ve competed in one ‘home’ games and another is beckoning – wouldn’t you rather be going somewhere, well more exotic?

People say it would be great going away to Delhi, Melbourne or somewhere like that, but there is a different dynamic with a ‘home’ games because things like having family and friends there makes it a slightly bigger deal which is great.

That was one of the real positives of Manchester – that a lot of the squad had friends and family that could come and watch, and watch on the big stage with the crowds and the atmosphere.

You’ve played in other international hockey tournaments, how is the Commonwealth Games different to say the World League or Euros?

It is huge for us because, other than the Olympics, it is the big multi-sport event for hockey. That adds a huge amount.

We have already had a launch in Cardiff – that was a Team Wales launch with all the sports. Personally it is the only time I have been involved in a multi-sport event and there is no doubt you do feel part of something bigger.

Do you pick up the vibe from other athletes and other sports in the Games then?

We were lucky in the village in Manchester in that we were sharing accommodation – so a lot of us were in with the athletes, or boxers, or cyclists and so on. There is no doubt that adds something different.

With people coming back into the Team Wales venue after success on say the track – that was really exciting and positive thing to share with some of the other athletes and competitors.

Representing your country at any time is massive but there is also that sense that you are part of a greater team which should be a real motivating factor for the guys.

On the field, how are Wales’ preparations going?

The guys are fully aware that we are one of the few teams going to Glasgow who are not full-time hockey players – but we have been trying to get as close to that as possible.

In terms of our preparation and the amount of work the players have been putting in on the strength and conditioning side, that is definitely paying off. Physically we are in really good shape. We are in Ireland at the moment [in late June] working on the technical and tactical stuff, now the 16 has been selected.

India, Australia, even South Africa and Scotland – you have a pretty tough draw in the tournament

The guys are really buzzing. It is a huge opportunity to play teams we don’t usually play against. Although I have played nearly 120 times for Wales, you don’t get many chances to play sides like India or Australia.

There are two ways to look at it – it’s a really difficult group and the first two games are going to be tough [India then Australia]. But from my point of view that is part of why it is so exciting.

Australia have just won the World Cup and are world number one and we are getting to play against the world’s best. This is chance to pit yourself against the best team in the world which is a great opportunity and a big motivating factor.

We are definitely viewing it as a tough competition, but we feel like we can perform and hopefully a few upsets will happen.

So what are your performance goals?

Realistically, we just have to try and finish as high as we can. Scotland will be a massive game for us – we have played them a couple of times recently and it has been nip-and-tuck.

But every game is going to be big, and that is what all the guys are looking forward to.

It has been a long time between drinks for Wales men at the Commonwealths. Did you ever think it would happen again after Manchester?

I didn’t know if I’d get another chance to go to a Commonwealth Games. We’ve talked about that as a squad – it is one of those opportunities that you have to grasp.

We can’t rest on our laurels after selection thinking ‘Great we get a chance to go.’ Ultimately it’s about going and performing. You don’t want to come back thinking, well you got there but didn’t perform on the big stage.

Our key goal at the moment is to make sure that, when we get to Glasgow, we perform to the best of our abilities. If we come away having played in the top five per cent of what we are capable of, then we will be happy.

It is a lifetime experience and you have to grasp it with both hands.

Tell us how it works having your brother as coach – must be interesting at times?

It is a strange one. I suppose we both try and separate hockey from our family life.

International sport is a high-pressure environment and we try as be as professional as we can when we are training then, when we are away from hockey, we try and step away from it and be brothers.

I started playing internationally fairly young and he was captain for a lot of that time. We have been involved in the set-up together for a long time, with him as a player and then a coach so it is something we have managed for a while.

In many ways it is fantastic. I had the chance to play with him at Manchester in front of family and friends. And we never thought it would happen, but ultimately we are both there again representing Wales which we consider a real privilege. We are lucky to have been able to do that for as long as we have.