Hockey nostalgia isn’t what it used to be 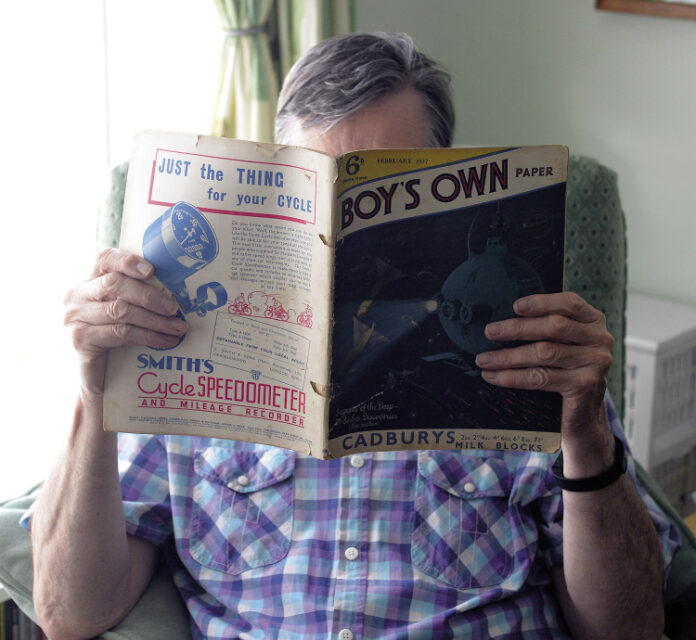 I think I was brought up in the 1930s. Well, not literally, but the war had made the world seem to stand still for 20 years. Looking at photographs of 1930s living rooms, they appear little different to my parents’ living room in the 1950s. The furniture is virtually identical and people had not yet re-arranged their rooms to accommodate that new fangled invention – the television. In reality little had changed. Before you turn to ‘Top of the D’ (who is a lot younger than me I might add), stick with me, because this article really IS about hockey.

In an effort to wean me off The Beano and similar children’s comics, my mother used to buy me the Boy’s Own Paper. I found it terribly dull and could not wait for my edition of The Beano to arrive. But I now wish I had taken more interest. A recent BBC4 television programme entitled ‘Ripping Yarns’ presented by Alexander Armstrong, looked at the post-Python TV comedy series of the same name. The original programme had featured Michael Palin and Terry Jones and was first screened in the late 1970s. Armstrong’s programme explored the literature that inspired the original ‘Ripping Yarns’, principally the monthly magazine Boy’s Own Paper. Boy’s Own, as I remember it, was all about the Empire, adventure and taming the poor benighted citizens over which we ruled across the globe. Scattered amongst the random but routine racial stereotyping there was a lot about hobbies (mostly stamp collecting for some reason), pastimes and sport.

I must confess that I had not noticed Boy’s Own’s interest in hockey until I saw Alexander Armstrong’s programme, but my dear wife did some research and managed to discover that the February 1937 edition did indeed carry an article about hockey written by one C S W Marcon. It was one of seven articles he wrote for the magazine between 1922 and 1940, including ‘Common Faults in School Hockey’ (1938) and ‘Moves that tell in Hockey’ (1940). Having had my interest sparked, I followed this up with a bit of research of my own and I am fairly certain that Mr Marcon is none other than Sholto Marcon, former Cranleigh schoolmaster and vicar of Tenterden in Kent. More importantly, he was a hockey Olympian, winning gold at the 1920 Olympics, and a contemporary of the legendary Stanley Shovellor. You can find out more about Mr Marcon on Wikipedia.

I was sufficiently intrigued by the discovery to try and get my hands on the 1937 article, and I managed to locate a copy of the magazine at a North London bookseller, fittingly called ‘Ripping Yarns’. Now, I should explain that one of my reasons for wanting a copy is that articles about hockey from this period can be amusingly quaint and I give, as an example, one book I own where a whole page is given over to the choice of socks! So eventually, the magazine arrived through the post, and I was able to take a look for myself.

The magazine I received looked very familiar, although my reluctant readership had been around the late 1950s. But it seemed little had changed in the ensuing 20 years. Amongst the adverts for air guns, glue, and a device you wore to stop you slouching (a serious crime even when I was young, and far worse than discharging an air gun), was Mr Marcon’s article, sandwiched between ‘Secrets of the Deep’ and ‘The Claws of Ka Weit’. Disappointingly, Mr Marcon has little to say about socks. But there are some little gems in there. For instance, modern day drag-flickers may be interested to learn that the flick was invented ‘thirty years ago’ by the Rev F C Stocks, a reminder of how many members of the clergy were once involved in first-class sport. Whether he really did invent it is another matter, and you could not help thinking that it was more likely to be one of those devilish foreigners. There are also some reminders of long forgotten rules. “Our hands may be sparingly used for stopping the ball” is a good example, supported with a photograph of a player doing just that, although there is no explanation as to why the player in the picture is not using his stick. Advice on another forgotten rule goes, “The player for whom the rolled ball is intended can co-operate with the roller by moving into an unmarked position just before the ball leaves his hand.” Those of us who have taken roll-ins must be a dying breed. And, of course, the bully gets a mention, coming as it does from an era of penalty bullies and 25-yard bullies. Just for the record, stopping the ball with your hand was abolished in 1984, the roll-in in during the 1970s, 25-yard bullies in 1957 and the penalty bully in 1963.

The tone of the article, like the rest of the magazine, has a deeply moralistic undertone, and is in keeping with other parts of the paper, such as the piece on football injuries which includes “…..football in this country, while a manly game, is not the wild battle it is in some other places. Kicks in the head, therefore, causing unconsciousness, are extremely rare.” Or how about the article about the 1852 sinking of the troopship ‘Birkenhead’ in which 400 men were lost. The writer of this piece, Captain S J Parker MC DCM, tells us, “The shock of the disaster were lessened by the devotion to duty and acts of heroism performed by the crew and soldiers on board.” That must have cheered up the next-of-kin no end. Captain Parker may have been keen on heroism, but his English grammar was not that bright, as readers may have noticed.

Getting back to the hockey article, it seems that Mr Marcon and I had something in common. Not only did he write about hockey, but he seems to have provided the photographs to accompany his article. However, there is one phrase which strikes an unfortunate note. He refers to an ‘invasion’ of Germany by hockey teams. I wonder whether he had any appreciation of what was about to happen only two years later.

Boy’s Own ceased publication in 1967 after an innings of just under 90 years. It seems it was no match for Dennis the Menace or Roy of the Rovers. Sholto Marcon died ten years earlier, but his name lives on in the Olympic hall of fame. And, it seems, Boy’s Own Paper is not entirely forgotten. But a last word from Robert Harding, the editor, writing in the February 1937 edition. “The chap who, whether from laziness or slackness, lets his honour down, isn’t going to feel that robust glow of happiness, which is really giving the mind a cold shower.” I think I now know why I preferred The Beano!