Michael Hoare: Taking it all in his stride 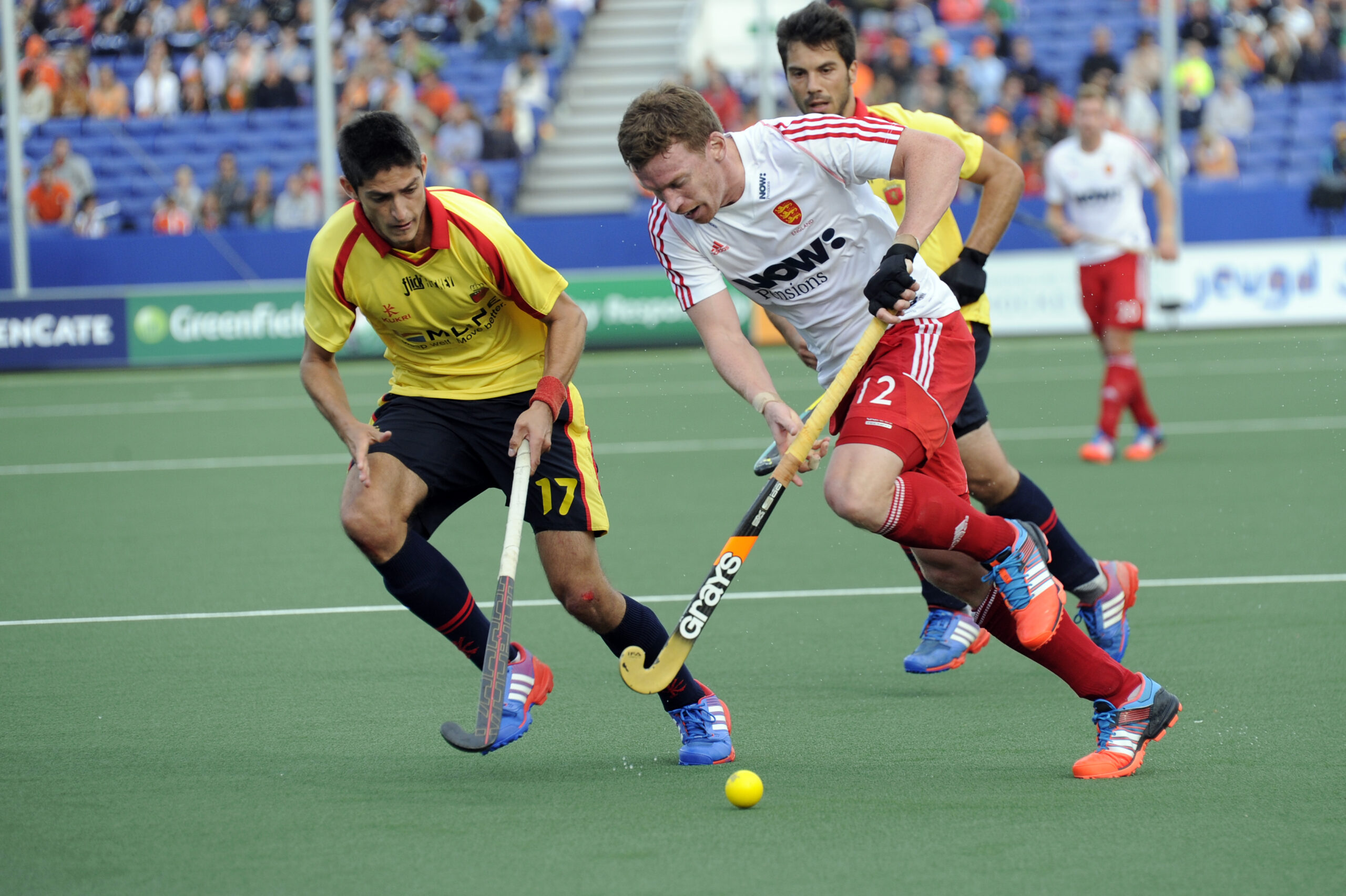 Michael Hoare is the hard hitting Merseysider who has taken to international hockey like a duck to water. In a two-year England career Hoare has played in a World Cup semi-final and won a World League Final bronze medal. Now he will be a key part of England’s defence at the 2014 Commonwealth Games.

Glasgow 2014 will be the 28-year-old’s first multi-sport event, having joined the international programme after the London 2012 Olympic Games.

In Glasgow, England will be looking to improve on their fourth-place World Cup finish and bring home what would only be their second men’s Commonwealth Games hockey medal.

England face Trinidad & Tobago, Malaysia, New Zealand and Canada in their pool games. And with Australia in the other pool, winning the group and avoiding the world champions in the semi-finals will be crucial.

“I’ve never been to a multi-sport event before,” said Hoare. “But I’ve watched Usain Bolt on the TV breaking world records and winning Olympic gold medals and world championships, so to see someone like that walking around the place will be really surreal I suppose.

“But with the way that I am I have just taken every tournament I have been to in my stride. Even at the World Cup as soon as you get there you know have got a job to do. It just feels like another tournament but in a different environment.

“Obviously you’ll look back on it and think that was amazing – but at the time you are just so focused on what your job is that you don’t take it all in or realise what an amazing opportunity you have had, until the end.”

Talk of the World Cup brings on mixed responses from Hoare. The side played some good matches, but returning home without a medal clearly grates.

“We played well and won that really big game against Belgium, which was effectively a quarter final,” he says. Then in their semi-final England battled hard against the hosts, only to lose 1-0.

“We performed well against Holland – where we definitely stuck to our game plan and delivered it well,” he says. “I just thought we were a bit unlucky on the day not to take a draw or sneak a win. We definitely had them under pressure at the end of that game.

“Going into the Commonwealth Games we are in a similar situation where, hopefully, we can win all our other games and it will be a bit of a decider between us and New Zealand to see who would win the pool.

“We need to go into the Commonwealth Games confident that we can perform in big games.

“Hopefully we will just keep improving as a team as we have done and then fourth places can turn into medals in the big tournaments.

“Since the World Cup people have asked ‘Did you enjoy it? Was it a great experience? It looked really great on the television …’ I’ve said the tournament was brilliant. It was really well organised and, at the end of the day, I’ll look back and remember getting to the World Cup semi finals.

“But you always want something you can look at and hold onto, rather than just the memories. We are definitely looking to win a medal in Glasgow.”

Shortly after England’s 2-0 World Cup bronze-medal game loss, news broke that Argentina had fielded 12 players for more than two minutes in the second half. Hoare says he was shocked by the news, but the side has moved on and the greater frustration comes from the overall performance in the medal game.

“I found out about an hour and a half, two hours after the game,” he says. “I don’t know if people had been talking about it and I hadn’t been around, but [when I heard] it was a bit of a shock and frustrating.

“It definitely had an impact on the game because of one specific situation we found ourselves in, when we were counter-attacking after a short corner and they had an extra defender. Normally when you defend a corner and counter-attack it is a really good opportunity to score, but they still happened to have good cover in defence, and that was with the score at 0-0.

“We went about it the right way with the appeal. But now the lads are just ready to go out and perform the way we know we can at the Commonwealth Games.”

Hoare’s progression into the senior international ranks was later than many. He played club hockey for Formby as a youngster before moving to Bowdon while at Liverpool John Moores University. He then joined Beeston at the start of the 2012-13 season and made his international debut later that year, in the Champions Trophy in Melbourne against India, aged 27.

Melbourne was familiar ground for Hoare. After four years working as a teacher, he had just returned from a spell of club hockey with Australian club Doncaster in the same city.

“Going out there gave me the opportunity to play full time and not worry about work and other things,” says Hoare. “That gave me a really good stepping stone – as well as Formby and Bowdon – to focus on my hockey.

“When I came back in September, I joined Beeston and really improved there under [coaches] Matt Taylor and Martin Jones and through playing with a lot of the England lads. That definitely helped me and improved my confidence.

“We won the NOW: Pensions championship that season. Then I moved south with the England team and I am at Wimbledon now. They are really supportive with me and the three other lads [Henry Weir, Phil Roper and Ali Brogdon] in the Commonwealth Games side.”

“I’ve been really lucky to play at some great clubs in England and a great club in Australia as well,” says Hoare, who also praises his coach from the age of eight at Formby, Mark Borehill.

Hoare’s hockey only really started to take off when he moved out of midfield. A position where he had struggled to get noticed at international U18 and U21 levels.

“I was playing as a midfielder as a junior and I don’t think that was quite my position,” he says. “It just happened that one day at Bowdon one of our defenders was injured and I just happened to be put at centre-back. I have played in defence ever since.

“That was a real turning point in my hockey – playing in a position that suited me and suited my game. Since then my hockey has just gone from strength to strength, and that is where I feel confident going into all tournaments and matches.”

His relatively late start as an international has made Hoare determined to enjoy evey moment. “I know that I don’t have loads of time to think ‘I’ll win a medal at the next tournament’,” he says. “But I’m not that sort of guy anyway. I’ve always looked at winning everything whether it is a card game or whatever.

“I definitely feel I have had to work hard to get here and, fingers crossed, that will pay off and I will win some medals in not just the Commonwealth Games but other tournaments after that.

“I’ll think I’ll definitely go back to teaching or coaching when I finish playing hockey but hopefully that will be a few years yet!”