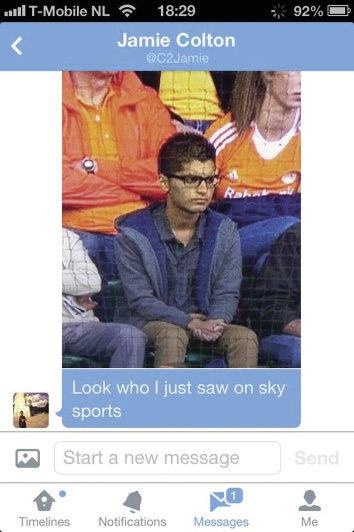 The hockey World Cup saw the start of a phenomenon that, as a hockey fan, I couldn’t quite believe. In fact, when I first heard that Sky Sports, for the first time ever, would be covering ALL of the matches live, I found myself reacting, not with joy, but as if I’d just stumbled across a dream holiday for a fiver – surely there must be a catch?!

After trawling through a load of different sources online, it appeared that the rumours of Sky covering all of the games live, were true. However, with Sky having the rights to the coverage, this meant that International Hockey Federation (FIH) YouTube channel would be blocked.

This obviously inconvenienced those without Sky, but, despite upsetting some hockey fans, the sport being shown on Sky seemed to appeal to the majority. And I agree, publicising hockey to a wider audience is what the sport needs to enable it to grow.

But what about the coverage itself? Having watched enough games to have brought forward my need for glasses by about 30 years, I can safely say that the coverage was fantastic! And I’m not the only one.

Although I’d have to agree with Daniel
(@porkchop895) that the studio ‘chat’ in the build up to games at times drove me to the mute button. I just couldn’t bear listening to knowledgeable people such as Chloe Rogers and Kwan Browne painfully try and explain the rules of hockey to Natalie Pinkham who probably had a better understanding of the off-side rule than she did of hockey. In fact she probably wondered, when Kieran Govers scored on the volley from the half-pitch aerial, why he wasn’t blown-up for offside. I suppose it could have been worse though, could have had Adrian Chiles in the studio – at least Natalie was pleasant on the eye.

If you’re still reading by this point then my only other real concern with Sky’s coverage was the need to to-and-fro between Sky Sports 3 and the dreaded ‘red button’. This was because, as I’d initially assumed, Sky would prioritise other sporting events such as the darts World Cup (would you believe it).

This was a bit cheeky of Sky to be honest because it meant that those watching on Sky-Go could not view the coverage. Furthermore it also prevented those recording the games to watch later (when they got home from work etc) from doing so. This lead to a number of hockey fans taking to Twitter to raise their dissatisfaction at Sky’s ‘sly move’.

To sum up, I, along with my hockey-based following felt that the coverage of the World Cup on Sky was top-notch. From the commentary, to the referrals/replays, to watching the personnel in the studio struggle to operate the interactive board, I loved every minute of it and cannot wait to have more hockey being broadcasted live on TV.

Would you look at that, I managed to write the whole thing without mentioning the performances of the England women’s team… Oops!!