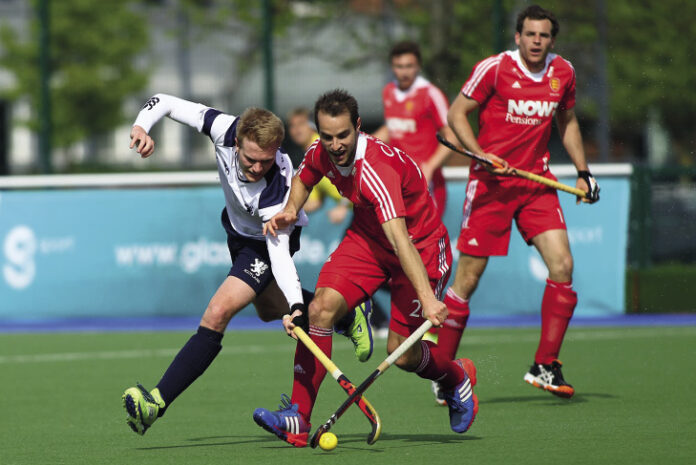 Coming as it always does in a World Cup year, hockey at the Commonwealth Games can suffer from an after-party hangover (or occasionally from being an appetizer).

Nevertheless there are countries where Glasgow 2014 is definitely the main course for the summer. That applies particularly to hosts Scotland who didn’t qualify for the World Cup but have strong sides in both the men’s and women’s tournaments.

For Wales, equally, having qualified both men’s and women’s hockey sides to a Commonwealth Games for the first time since the sport’s debut in Kuala Lumpur 1998 , Glasgow 2014 is a major opportunity to make a mark.

Having all three British countries qualified adds a distinct Home Nations feel to the tournament and spotlights some traditional rivalries which have been celebrated all too rarely in recent years.

England’s men have a particularly poor return of Commonwealth metal with just one bronze medal (1998) from four outings. England’s women have a better record – two silvers and two bronzes Kate Richardson-Walsh has a silver and two bronzes and the 34-year-old will be keen to complete her collection in what will be her last Commonwealth Games and possibly her final international competition.

Pool B in the women’s competition, featuring the complete set of England, Scotland and Wales, should be a hotbed of nationalist rivalries. The Scotland vs England game on July 30, bizarrely scheduled for 9am on a weekday, will pit GB team-mate against team-mate. There are also a host of young Scotland players who want to impress the GB powers-that-be with a view to selection for the 2016 Rio Olympics. Scotland have been in full time training since April – it should be a cracker.

Wales have also ramped up their men’s and women’s programmes over the summer and, while many of their players will be familiar from national league hockey, their performance as a group remains largely untested against top-ranking sides.

Both Wales sides face baptisms of fire at the Glasgow Green Hockey centre – the men play India, then Australia on consecutive days, the women England then Australia. There are currently no Wales players in the GB central training programme – it’s an opportunity for them to step up and show why that should change.

There are clearly going to be some one-sided games in Glasgow. The women’s competition looks a little thin with only three top-10 sides: Australia (world ranking 2), New Zealand (4) and England (6). South Africa (11) are the other on-paper semi-finalists.

Scotland women (16) could make a real dash for the semis from pool B – but they will almost certainly have to beat either England or Australia, who have the enviable record of three golds (1998, 2006, 2010) and a silver (2002) in four Games

Malaysia (21) and Wales (29) are the other pool B sides. The Wales-England game on the tournament’s opening day will let us see how Wales are progressing.

Over in women’s pool A, India (13) were a real mixed bag at the same venue in the Champions Challenge in April – finishing last. South Africa are ranked a couple of places higher than India but they are dogged by inconsistency and defensive failings. The final pool-game clash between these two sides on July 30 should effectively be a quarter-final.

The semi-finals are when the real hockey starts and England will be desperate to improve on their women’s record of two silvers and two bronzes in the Games.

Over in the men’s competition there are four top-ten sides who again, at least on paper, should make the semi-finals.

Australia (1) have won all four Commonwealth men’s tournaments. In theory, India (9) should join them in the semi-finals from pool A. But India’s ranking is artificially boosted by hosting so many world-level tournaments. Both South Africa (12) and Scotland (25) will fancy their chances against the once unbeatables. Scotland’s opening game, against South Africa on Friday July 25, will also be crucial to how the group plays out. An epic Scotland-England semi-final or even final is a possibility in the men’s competition.

Wales face a tough ask to make the semi-finals in this company, but the Wales vs Scotland clash on July 28 should be a cracker.

England (5) should make the semi-finals from pool B along with New Zealand (6), but winning the group, and probably avoiding Australia in the semis, will be important. That makes the England vs New Zealand game on Tuesday July 29, again unfathomably scheduled for 9am, crucial to both sides.

Of the other contenders in pool B. Malaysia (13) have never shown good form outside of Asia. Canada (16) proved something of a surprise packet in reaching the final of the Champions Challenge in April only to lose 4-0 to Korea. Trinidad & Tobago (29) may struggle.