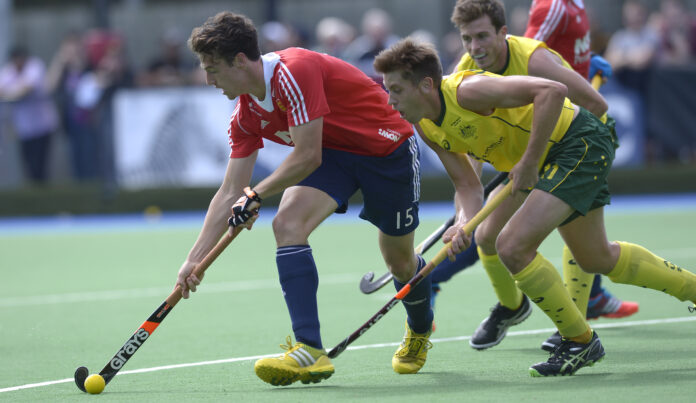 Wimbledon forward  Phil Roper, who missed out on World Cup selection, has been included in England’s 16-player hockey squad for the 2014 Commonwealth Games.

Barry Middleton, the most capped Great Britain and England men’s player of all time, leads an England side looking to improve on their previous two fourth place finishes in Delhi [2010] and Melbourne [2006].

Beeston’s Tim Whiteman who is recovering well from a broken thumb which he suffered at the World Cup earlier this month has been included and  it is hoped he will return to the squad and compete pre-Games.

Roper, with 21 caps to his name is the least experienced athlete in the squad, but he impressed coach Bobby Crutchley in two recent Four Nations tournaments, including the one played at the Glasgow National Hockey Centre back in April.

There are nine Commonwealth Games debutants named in the squad, but with the likes of George Pinner, Iain Lewers, Dan Fox and Mark Gleghorne included in that number England certainly have some good experience to call upon.

Middleton, playing in his third Commonwealth Games said: “I’m really excited for the Commonwealth Games in Glasgow and it’s nice to have another major tournament so close to home. Multi-sport events have a different feel to a normal hockey event and there’s always a great atmosphere. I’m proud to be part of Team England and we are aiming to be one of the success stories of the games.”