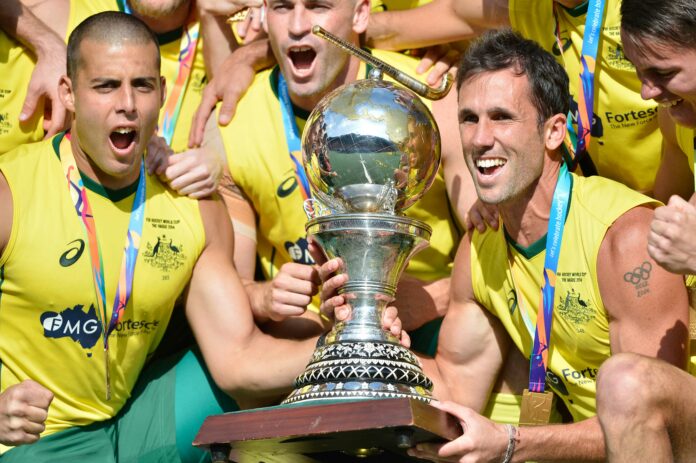 Australia smashed hosts the Netherlands off the park in the men’s hockey World Cup final today in the Hague.

The home side took an early lead with a Jeroen Hertzberger reverse strike from the top of the D in the 14th minute.

But the Orange went on to regret poking the stick in that beehive as the Kookaburras hit back with six unanswered goals.

Chris Ciriello netted three corners while Kieran Govers and Glenn Turner scored from open play. The coup de grace came from five-time world player of the year Jamie Dwyer who skipped inside from the left and rattled the backboards with a running drive.

Australia coach Ric Charlesworth said: It is a dream come true to win a final by a big score and today we gave effect to that. Our aim is always to dominate our opposition. We tackled better, finished better and controlled the ball in midfield.”

Dutch coach Paul van Ass said: “We had the right plan  but our execution was not at the highest level today.”

In other games, Argentina defeated England 2-0 for the bronze medal.

Belgium defeated Germany 4-2 for fifth while New Zealand won a shootout 4-1 after a 1-1 draw with Spain for seventh place.