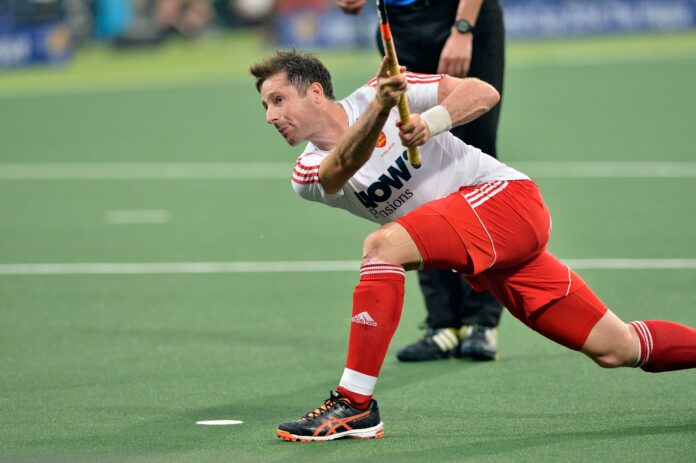 Four minutes to play, England need to score a penalty to reach the semi-finals of the World Cup, surely it has to end in tears?

Well no, this is the hockey World Cup and ice-cold defender Iain Lewers was on hand to nail the stroke into the top left of Belgian Vincent Vanash’s goal.

The penalty gave England the 3-2 lead they needed to finish second in the pool and line-up a Friday semi-final, almost certainly against the Netherlands.

Belgium were not finished yet, however, and England goalie George Pinner had to make two more saves. Then Tanguy Cosyns almost produced a wonder volleyed goal with two seconds to play. But it was England and Lewers’ night.

Lewers’ cool finish was preceded by a fine second-half performance after the teams went into the break at 1-1. Belgian took an early lead in the match when Simon Gougnard found Thomas Briels in front after a trademark right baseline run.

England could have crumbled after that 13th-minute strike, as they did in the 3-0 loss to Belgium in last year’s Euro semi-finals. But six minutes later Mike Hoare charged into the left side of the Belgian circle and found Nick Catlin who drilled home from 14 yards.

It was England who took the initiative in the second period with Ashley Jackson, in his 100th England game netting in the 39th minute from almost an exactly the same position as Briels had in the first half. This time it was Catlin who was the provider.

Belgium’s equaliser came from a Cosyns PC in the 63rd minute. England hit straight back again and their stroke came after a Jackson PC was stopped near the line, although had the umpire had held his whistle, Barry Middleton was already volleying the ball home.

“We have a lot of resilience and we are very hard to beat,” said Lewers. “It is never going to be a straightforward journey with us but maybe it makes it more exciting and the wins an even bigger high.

“Our first two goals were exceptional – they were both very much team goals. The first came from defending a short corner and getting it out and away. The second goal was again a team goal with people just breaking their a*** to get forward.

“The third one again – Ash put his body on the line with his shoulder and the rewards were there.”