Netherlands men stroll into the semi-finals 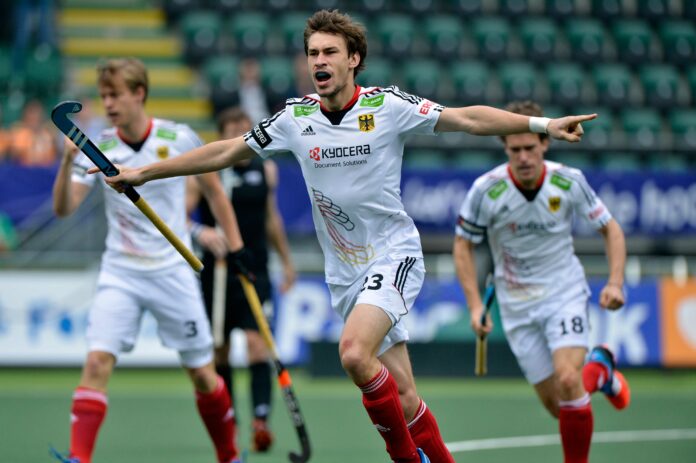 Day eight at a glance

Netherland’s men have joined their women in going through to the semi-final stage of the 2014 hockey World Cup in the Hague.

Their 7-1 win over South Africa ensured the hosts a place in Friday’s semi-finals. Top-place in pool B, and with it a nominally easier semi-final is still up for grabs.

Argentina are close to certain semi-finalists from the same pool as they sit in second-place on nine points, three clear of the chasers New Zealand and Germany, with only the winless South Africans to play on Tuesday.

Germany now look likely to miss the men’s semi-finals, despite today’s 5-3 win over New Zealand, including this great strike from Florian Fuchs.

USA women are almost certain semi-finalists. They lead women’s pool B on goal difference from Argentina after Las Leonas defeated England 2-1 while the Eagles smashed Germany 4-1.

Chasers China play Argentina on Tuesday, but they would have to beat Argentina by four goals to get ahead of them in the table while the USA would have to lose to South Africa and cripple their goal difference in the process.

Argentina and USA will both be keen to place first in the pool to avoid the Dutch in the semis. The USA’s two-goal better goal difference and nominally easier game against South Africa stands them in good stead (2.30pm). But Argentina, with a 5.30pm start, will know exactly what they need to do against the Chinese to top the pool.

Monday will see the completion of men’s pool A with Australia likely to top the pool with a win over hapless India (1pm). England or Belgium will join them in the semi-finals. They play at 7.45pm local (6.45pm UK). England need to win to make the medal phase.

Women’s pool A also completes. Netherlands look likely to win the pool with a win over Korea (4pm local). A win for New Zealand in the trans-Tasman derby at 10.30am would see the Kiwis move ahead of the Hockeyroos and into a semi-final position.