Dan Fox: One on one we were rubbish today 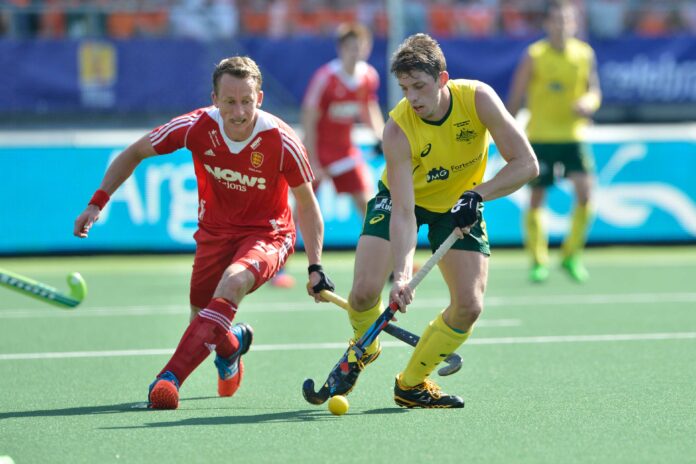 England’s so far frugal World Cup defence crumbled in the Hague on Saturday as Australia’s Kookaburras ran riot for a 5-0 win.

The world champions were on the scoresheet after just 24 seconds when Matt Gohdes drilled home following a cheap England turnover coming out of defence.

That set the tone for the rest of the first half as Liam de Young (PC rebound, 13mins), Jamie Dwyer (FG, 29mins) and Kiearn Govers with a wonder open-play goal in the dying seconds smashed England out of the game.

The ship was steadied somewhat after the break with only Aran Zaleski (FG, 38mins) troubling the scorers again, but the damage had been done.

England’s Dan Fox said: “We didn’t give ourselves a good start. You know Australia are always going to come at you hard so the first ten minutes are always really important and we weren’t ready to win those individual battles – weren’t on the pitch really. Individual defence and one-on-one – we pride ourselves on that, and we were rubbish today.

“If you aren’t playing well you can dig yourselves out of it if you are diligent and careful at the back but we weren’t. We let in a couple of soft goals and as soon as you start having to chase the game against a team who are so good on the counter and so direct through the guts of you, you are in trouble. They played really well.”