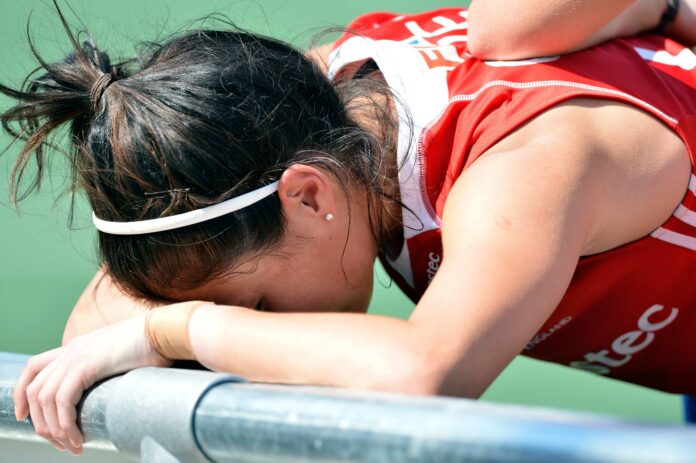 England’s hockey World Cup campaign has turned into a salvage mission after their third straight loss in a row in the Hague.

Their semi-final hopes were already shaky after losing to the USA and China in their opening two matches, but the world’s third-ranked side sank even lower with a 4-1 loss to 11th-ranked South Africa on Friday.

Management and players now face the prospect of dragging something positive out of their final two games in Holland – against world champions Argentina and European champions Germany. England are last in their pool with zero points and the ignominy of next Thursday’s 11th/12th playoff game is not beyond the realms of possibility.

“We have to make sure we stay tight as a unit and reflect on the good times, which weren’t very long ago with the same group of players,” said coach Jason Lee of the side which finished third in the World League finals in December and won silver at the European championships in August.

“The last thing to do is to look for simple solutions. It is complex and if it wasn’t complex it would be easy to solve.”

England started brightly against the African champions with Lily Owsley having a shot turned onto the post by Proteas’ keeper Anelle van Deventer in the third minute.

“We have been unlucky and confidence is at rock bottom,” said Lee. “I think there was a collective groan when we hit the post. If we can just instill a bit of confidence in the group it will make a huge difference to our performance.”

Goals followed for South Africa from Kathleen Taylor who picked up a rebound from Maddie Hinch’s pads in the 22nd minute and the dangerous Sulette Damons who dispossessed Hollie Webb then shot well on the reverse from the top of the circle three minutes before half-time.

England’s self-belief was further shattered by a neat reverse finish over Hinch from Shelley Russell in the 40th minute and a good deflected goal from Dirkie Chamberlain in the 52nd.

Nicola White slid onto a cross from the left by Zoe Shipperley in the 55th minute to provide the only highlight of a miserable day for England.

England skipper Kate Richardson-Walsh bemoaned the poor conversion of chances that has dogged England this tournament.

“We have produced a lot of scoring chances and won the battle of the statistics if you like, ” said Richardson-Walsh. “But we are just not converting those chances. If you convert chances early, the confidence comes from there.

“We will prepare professionally for the next game as we always do, and play for the pride of the shirt.”

Lee accepted responsibility for the poor performances of his players in the Hague.

“Most of the performances are in the range of expectations but unfortunately a lot of them are towards the bottom end of the range,” he said.

“I certainly will be asking questions about my performance and how I can better help them prepare for the next game and the next tournament.”