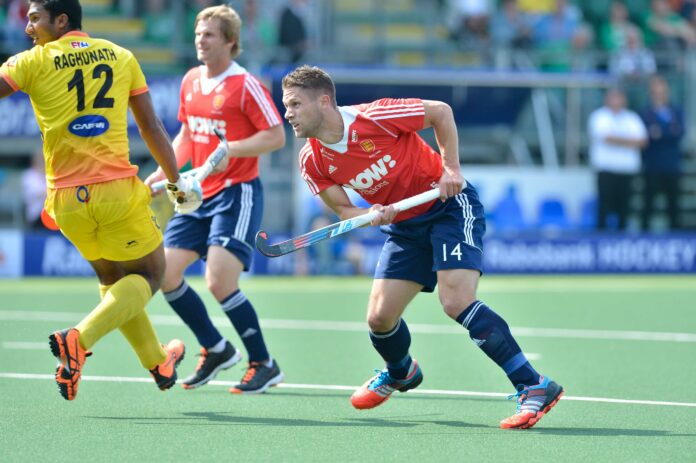 India suffered another heartbreak at the 2014 hockey World Cup as a 69th-minute winner from England’s Simon Mantell saved England’s World Cup dreams and all but sank India’s.

Mantell, who plays for the Mumbai Magicians in the Hockey India League, latched on to a bouncing rebound from PR Sreejesh’s helmet to smash a reverse-upright winner into the net.

That came from a corner won by Ashley Jackson which the East Grinstead midfielder flicked towards the diving deflector Dan Fox, who had somehow made his way in from second-castle stick stopper.

A tense second-half had included a video-reversal of a stroke awarded to India.

The first-half finished 1-1 after a 27th-minute PC goal from another Mumbai Magician, Mark Gleghorne, was equalised three minutes later by Dharamvir Singh’s smash into the net from a bobbling mis-trap.

“We left it late,” said Gleghorne. “The feeling was relief as much as anything else when the winner went in.”

The 29-year-old playing in his first World Cup was confident when it came to his first-half PC opportunity as he knows India keeper PR Sreejesh well.

“I have faced the Indian keeper quite a bit because he played in the Mumbai Magicians with myself, Dixie [Adam Dixon] and Si [Mantell]. I was quietly confident that if I flicked it hard and in the air where I wanted, I would get a goal. Thankfully I did.

“I didn’t think we played particularly well today to be completely honest. We played better against Spain the other night but, thankfully, two corners have got us out as trouble.

“We have talked about trying to improve as the tournament goes on so we are playing our best in the medal stages. But obviously we still need to win every game to get there. It wasn’t a great performance today but we managed to take our chances when it counted.

“From the celebrations at the end you can gather how important that win was.”

Jackson is suffering from a right shoulder injury that he sustained a week last Sunday in a test against Australia. He is expected to play on, but the injury appears to be limiting is penalty corner shot. Defender Iain Lewers, injured in the same match, is yet to play in this World Cup due to a ‘deadleg’.

India who lost 3-2 to Belgium with a final-minute goal on Saturday seem unlikely to make the semi-finals unless they can beat Spain on Thursday, then Malaysia and Australia in their final two pool games.