We will get better says England’s Henry Weir 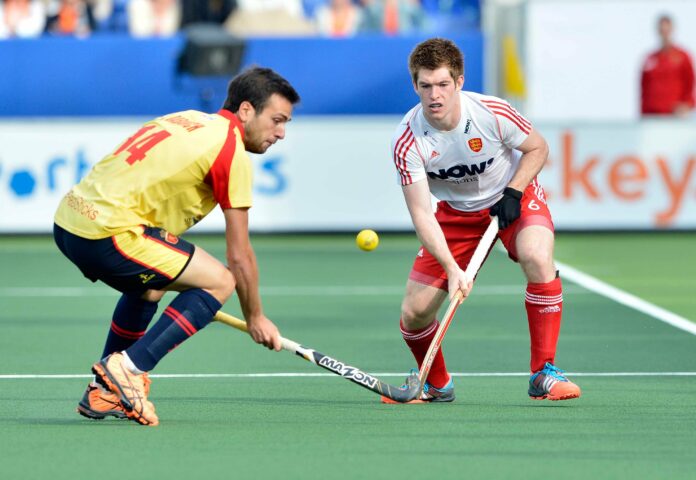 Day one at a glance

England face a crucial game against India on Monday after drawing their opening match of the World Cup 1-1 in the Hague.

Failure to capitalise on first-half pressure cost England a win after Ali Brogdon gave them a dream start with a sixth-minute goal. The Wimbledon striker ran 30-yards to drive home from the top of the circle as the Spanish defence seemed more concerned about Barry Middleton lurking on the baseline.

Middleton and Ashley Jackson kept the midfield ticking over and and a string of half-chances followed. Spain then hit back early in the second half when the old stager Eddie Tubau nicked in a hopeful slap from Sergi Enrique.

That was it for goals although both sides had chances to take the game.

England defender Henry Weir said: “We missed our chances in the first half and that counted against us in the end.

“Our preparation for India starts now. We are in better condition than most of the teams here – that will show as we go through the tournament. We will get better and better.

Relive our live blog from day one